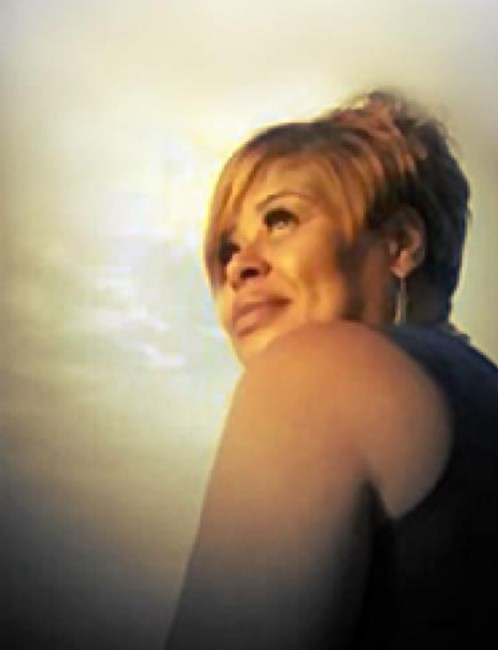 Born July 18, 1967, Yvette Deneen (Smith) France was born unto Jerry E. Smith Jr. and Sherry L. Smith. She was an answer to her mother’s prayers and a delight to her father’s heart. Yvette was baptized into Christ at an early age and continued her faith in Christ until being called home. She was educated through the Hamtramck and Detroit Public School Systems, where she also participated as a Junior and Varsity Cheerleader for several years. Upon moving to Detroit, Yvette, graduated her senior year in high school in 1985, as she enjoyed becoming a dancer with the Modern Dance Company. Soon after, Yvette gave her life to becoming a full-time mother as she provided by working in retail, banking and most recently, the auto industry. In 1992, she met the love of her life Robert L France and they soon wedded becoming a union in Christ for 30 years and raising 8 children together. Yvette loved her family, first to say, not a soul in the world can take their place. Yvette’s favorite pass times were spent with her family and friends; always hosting holidays and other family/friends’ gatherings. Yvette loved to cook and share her delicious dishes, especially her mac and cheese with everyone including the neighborhood; never leaving even a closed mouth unfed. She enjoyed watching her stories (soap operas), listening to oldies but goodies and sharing her love, wisdom, and generosity wherever she would go. Her laugh was contagious, and her sense of humor was creative. Yvette’s smile and beautiful hazel/red eyes always invited strangers to want to open up to her. She had a way about herself that left people feeling renewed. She never let a woman she knew/met forget to straighten their crown. Proceeding her in death is her Father (Jerry Jr.), brother (Jerry III), sister (Tasha), mother and father in-law (Kenneth and Ethel) and brother in-law (David). Yvette leaves behind to continue her hope in the Lord and journey of love, her husband Robert Sr., children, and grandchildren Michael (Asia), Makala (Jayden), Myya/Spouse Darrion, Monique/Spouse Michael (Michael Jr, Gabriel, and Abel), Miracle, Malachi, Robert Jr. (Robert III) and Davon (Davon Jr, and Prince). Yvette also leaves to mourn, her mother Sherry, her sister’s Sherina, Rhonda and Lasonya, brother in-law Kenneth, Chris, Daryl, sister in-law Althea and a host of nieces, nephews, aunts, uncles, cousins, extended family, and friends.
See more See Less

In Memory Of Yvette Deneen France