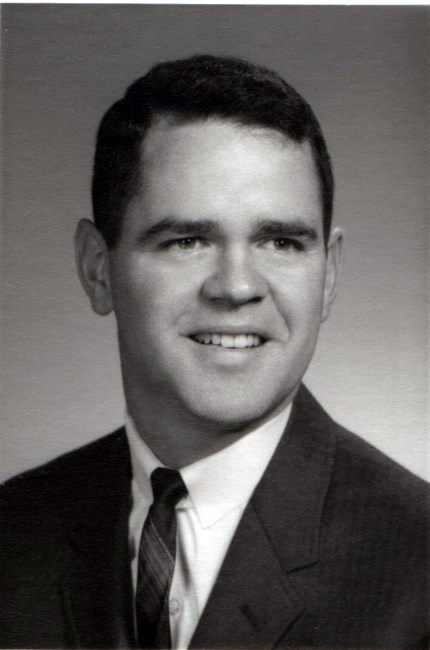 Allen Hobbs, Jr died on January 27, 2022, of complications related to melanoma surrounded by his dear family at his home in Bethesda, Maryland. He was 89. Allen was born to Captain Allen Hobbs and Fayette Purcell Hobbs on July 6, 1932 in Washington, D.C. He graduated from the Landon School in 1950 and attended the U. S. Naval Academy serving as Captain of the pistol team earning All American and graduating in 1954. His early service included assignments in gunnery and operations on destroyers all over the world. He later excelled in deep sea diving leading teams to map underwater terrain in the Pacific Ocean. After 13 years of service, Allen met and later married the love of his life, Shannon Hamm in California. They lived there before moving back to Bethesda where he designed and operated large mainframe computer systems for central data processing. He worked at American Finance, Touche Ross, and IBMI before joining the National Education Association where he ran IT and networking for 25 years. Allen loved to sail the Chesapeake Bay with friends and family and spent summers with his family in Fenwick Island, Delaware. He was an avid and competitive racer all over the U.S. winning first place in the coveted Annapolis Yacht Club Spring Series Race in 1961. He and his beloved Shannon were married for 58 wonderful years and raised their family in Bethesda living in their home for nearly all of those years. Allen will be remembered as the consummate gentleman, someone who showed kindness to everyone he met and for his humility. He is survived by close family members: his wife, daughter Allison Hobbs Giles (Thomas), Allen Hamm Hobbs (Deborah), and all of his beloved grandchildren, including Logan Giles, Patrick Giles, Ryan Giles, Allen John Hobbs, and Elizabeth Hobbs. Visitation will be held March 14, 2022 at 10:30 a.m. to be immediately followed by a funeral mass at 11:30 a.m. at Our Lady of Mercy Church in Potomac, MD. A private burial will be held at the U.S. Naval Academy on March 15 in Annapolis, MD. In lieu of flowers, please consider a contribution to the Little Sisters of the Poor.
See more See Less

In Memory Of Allen Hobbs Jr.