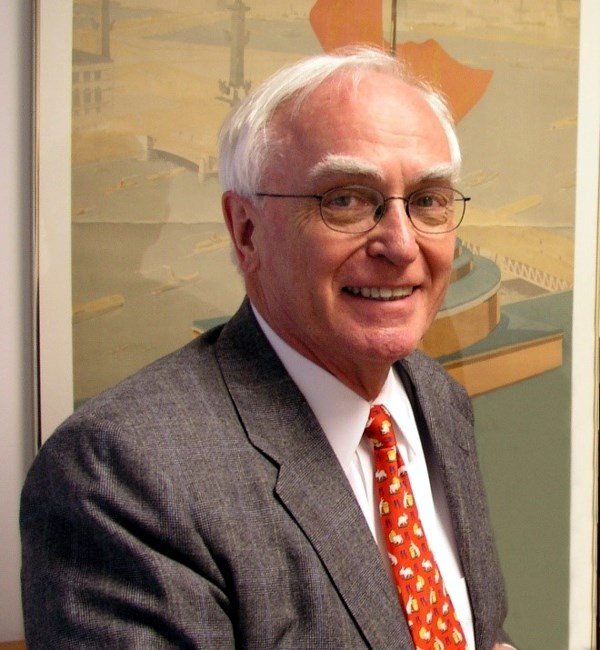 David Thomas Parry Long-time DC resident and recent Bethesdan, David T. Parry died July 13 following a short illness. He had recently celebrated his 87th birthday and 60th anniversary with wife Susan Myers Parry. He and Susan were partners in Academic Travel Abroad, a cultural tour operator, from 1973 until the company was sold in 2012 to three seasoned members of the ATA team. Born in Seattle on April 22, 1933, David moved at age 6 with his parents George Stanley Parry and Elizabeth (Jones) Parry to the San Francisco Bay area where he grew up. His older sister, Margaret, and younger brother, Stan, predeceased him. He is survived by Susan, sons Thomas (Christina Whitcomb) Parry (Washington, DC) and Joseph (Emily Pierce) Parry (Kensington, MD), and grandchildren Georgia and Evan Parry. David attended Piedmont High School (Piedmont, CA) and received his BA from Pacific University (Forest Grove, OR) in 1955. Following college, he served in the Army in Baumholder, Germany. On his return to the States, David moved to Washington, DC, where he attended American University while working for both House and Senate members of Congress. He received his MA in political science from AU in 1965. David then worked for the Washington Center for Metropolitan Studies and directed American University’s summer school before acquiring Academic Travel Abroad. From 1981 to 2017, David enjoyed leading an annual hiking tour exploring the Alps. He was active in several railroad history societies, including the Lexington Group and the DC Chapter of the National Railway Historical Society. He was a member of Heidelberg International, the University Club of Washington, and American Battlefield Trust. His friends and family will remember his booming, boisterous laugh and his dry sense of humor. A memorial service is planned for a later date. Remembrances may be shared at www.dignitymemorial.com. In lieu of flowers, gifts of support may be made to the David T. Parry Founders Scholarship for study abroad, care of the Fund for Education Abroad at https://fundforeducationabroad.org/david-t-parry-founders-scholarship.
See more See Less

In Memory Of David Thomas Parry