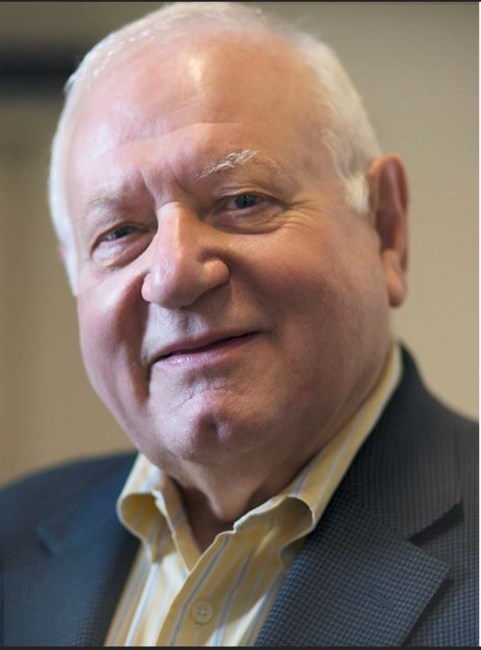 The international migration policy community lost an iconic and influential leader, and his family and friends lost a true giant, when Dr. Demetrios (Demetri) George Papademetriou died Wednesday, January 26, at the age of 75 in Washington, D.C. Demetri was one of the world’s pre-eminent thinkers and advisors on international migration, with a rich body of scholarship shared in more than 275 books, research reports, articles, and other publications. He also advised numerous governments, international organizations, civil society groups, and philanthropic organizations around the world on immigration and integration issues. Dr. Papademetriou was the founding President of the Migration Policy Institute and served in that role from 2001-2014, when he became President Emeritus and Distinguished Transatlantic Fellow, positions he held until his death. His remarkable legacy as a scholar and thought leader is rivaled by his other cherished titles—particularly loving and doting husband to his wife Margie McHugh, herself a widely respected expert on immigrant integration policy, as well as father, grandfather (“Papu”), brother, cousin, uncle, colleague, and friend. Those lucky enough to have him in their life found him an engaging, straight-talking bastion of wisdom who always had time to lend an ear and give honest, hard-headed advice. “Demetri was a mentor to young and old, an advisor to leaders and learners alike,” said his long-time colleague and friend, António Vitorino, Director General of the International Organization for Migration. “He was patient and generous in sharing his knowledge, which was unrivaled.” Vitorino was among a distinguished and diverse group of leaders in migration, political, diplomatic, and civil society circles around the world who in recent days have voiced their respect and appreciation for Demetri as a wise counselor and man of immense warmth, wit, and zest for life. Hugo Brady, a top advisor to former European Council President Jean-Claude Juncker, noted: “Among a galaxy of professional achievements including, of course, the @MigrationPolicy Institute, he was *the* link between the American and European worlds in migration, a true pontifex maximus (chief bridge builder).” As a pioneer in the study of migration on a comparative level and a leading architect of the modern immigration system, Demetri influenced generations of politicians and policymakers across the globe, and took pride in challenging their long-held assumptions or adherence to ideology over effective policymaking. Since 2008 a crucial vehicle for these efforts was MPI’s Transatlantic Council on Migration, of which he was the convenor, bringing together senior public officials, business leaders, and scholars from Europe, the United States, Canada, and Australia to explore common migration policy challenges and sharpen government responses to them. Demetri himself was a proud immigrant to the U.S., born in 1946 in Patras, Greece to Giorgos Papademetriou and his wife Vasiliki (Chrysanthakopoulos). He first arrived in New York City at the age of 18 as part of a scholarship program that selected Greece’s brightest students for U.S. study and completed his college and graduate studies in the United States, ultimately settling permanently there, starting a family, and proudly becoming a naturalized citizen. Demetri and his first wife Sigrid (Behnke) felt passionately about exposing their two young children to Europe, in particular to the countries of their heritage, bringing them there regularly during their formative years, and teaching them about different people, cultures, and perspectives. He kept up close ties with his family in Greece, regularly visiting his parents and the families of his brother, beloved cousin, and others. He poured his love for his mother, whom he affectionately called “Mana,” into recreating her Greek recipes, iterating over and over to find the perfect rendition of the flavors of his youth. His family and friends enjoyed the countless exquisite meals he prepared for them over the decades. Not one for haute cuisine, he believed the world’s best food was what he referred to as “peasant food,” and often gravitated toward the low and slow method over high-stress preparations. Despite a lifetime of accomplishments and accolades, Demetri was most himself in a pair of shorts and sneakers, whether traveling and birding with his wife Margie, touring America’s national parks with assorted nieces and nephews, enjoying leisurely weekend brunches with friends from around the corner or around the world, and, always, being a true “kid at heart” with his storytelling and unique sense of humor that made him so revered by generations of talented young people he mentored. His survivors include his beloved wife, Margie McHugh; daughter Natalie and her wife, Becca Kallum; and son Niko, his wife Sara (Snider), and their son Luca. In Greece, he is survived by his older brother Andreas, cousin Alexis, their families, and many other treasured family members. He opened his heart to his in-laws, including Maura Andrews, brothers Francis, Kevin, John, Tim, the late Mike and Jim McHugh, and all their families. His extended family includes many nieces and nephews of multiple generations, esteemed MPI colleagues—particularly those with whom he worked for many years in MPI’s International Program and MPI Europe’s Brussels office—and close friends across many decades from his policy-advising work in the U.S. and internationally. No matter their age or position, he vigorously encouraged and challenged everyone to do their best thinking—whether approaching an intimidating Lego project, managing a school or career transition, or tackling a complex border management challenge. Demetri is also survived by the countless policies he helped craft to make immigration systems work effectively while being fair and humane, a legacy that buoys the United States and democratic nations across the world for future generations. May he rest in peace, knowing his life’s work has improved the lives of millions. In lieu of flowers, the family would appreciate donations to any of the following organizations that were dear to Demetri: the National Audubon Society, Capital Area Food Bank, Semper Fi and America’s Fund or Migration Policy Institute.
See more See Less

In Memory Of Demetrios George Papademetriou