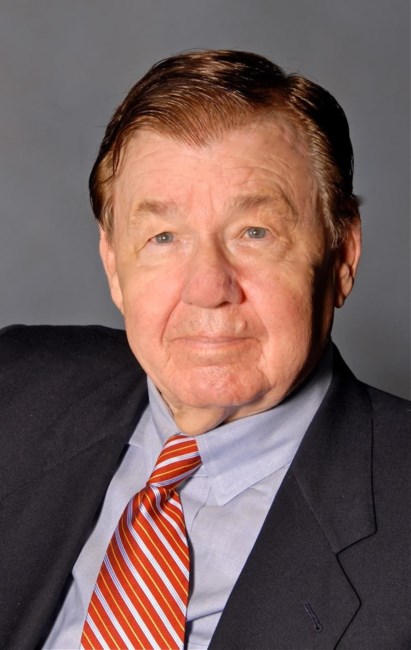 Ernest S. Christian, Jr. Unexpectedly on September 13, 2022, Ernest (“Ernie”) S. Christian, Jr. passed away at his home in Washington, DC. Beloved husband of Betty Jo Christian, his wife of 62 years, Ernie is also survived by one sister, Silsbee Christian Winburne, of Friendswood, Texas; nephew Blake H. Winburne and his wife Patricia Winburne of Houston, Texas; and nephew Brian S. Winburne of Austin, Texas; as well as three great nieces, Emma Winburne of New York City, Grace Winburne of Boston, Massachusetts and Anabel Winburne of San Antonio, Texas and one great nephew Blake H. Winburne, Jr. of Houston, Texas. The son of Ruby Ruth Christian and Ernest S. Christian Sr., Ernie was a native of Gonzales, Texas, a graduate of the University of Texas, a cum laude graduate of the University of Texas School of Law, a Life Member of the American Tax Policy Institute, an elected Member of the American Law Institute; an elected Fellow of the American College of Tax Counsel; and a longtime member of the Metropolitan Club of the City of Washington. Ernie was at the forefront of federal tax policy for more than four decades -- as Deputy Assistant Secretary for Tax Policy in the Ford Administration; as a member of President Reagan’s Tax Transition Team in 1980-81 that helped produce the historic tax reforms in the 1981 Tax Act; as a senior partner at Patton Boggs, LLP (now Squire Patton Boggs, LLP) in Washington, DC until 1994; and, since then, as an independent tax consultant and the director of the Center For Strategic Tax Reform in Washington, DC. Ernie was a frequent lecturer and prolific author whose ideas had profound impacts on tax policy. He was on several occasions profiled by the National Tax Journal as one of Washington’s most influential tax policy experts and has been widely noted in the press as one of the strongest forces behind tax reform. Ernie testified on dozens of occasions before the Senate Finance Committee and the House Ways and Means Committee on both specific tax legislation and various issues concerning tax reform in general. He also testified before the National Commission on Economic Growth and Tax Reform (the “Kemp Commission”, 1995) and before the President’s Advisory Panel on Federal Tax Reform (2005). Ernie was a consistent and persistent advocate of tax reform. He assisted the late Senator Roth and others in a proposed redesign of business taxation in 1985. He helped design two other fundamental tax reform proposals that were the subject of congressional hearings in the 1980s and 1990s; was the leading draftsman of the comprehensive rewrite of the income tax code sponsored by the late Senator Domenici and former Senator Nunn in 1995, which was acclaimed by many as the high watermark of tax reform to that date; and updated and simplified a newer and simpler version in 2006 for then Congressman Philip English. At various points throughout his career, Ernie wrote a regular column for Tax Notes, authored a series of articles for Investor’s Business Daily and appeared frequently in The Washington Times. His writings also appeared in The Wall Street Journal, The Financial Times and The Washington Post. Major publications in which he or his tax reform ideas have been referenced include Fortune, Investor’s Business Daily, U.S News and World Report, Business Week, Barron’s, The Washington Post, The Washington Times, The National Journal, The Christian Science Monitor and The New Yorker. The Christian family will receive guests on Friday September 23, 2022 at Joseph Gawler’s Sons, 5130 Wisconsin Avenue, NW, Washington, DC 20016 from 10:00 AM to 11:00 AM with a service to follow at 11:00 AM. A private interment will take place in Smithville, Texas. The family suggests that in lieu of flowers, donations be made to the American Heart Association (www.heart.org) or the Little Sisters of the Poor (littlesistersofthepoor.org).
See more See Less