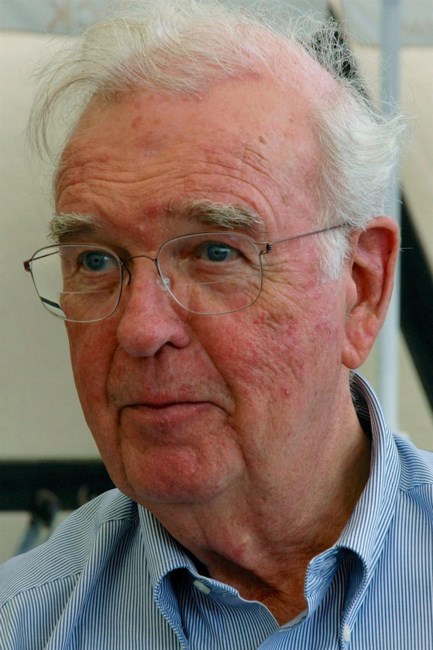 Obituary of Ky P. Ewing, Jr. Ky P. Ewing, Jr. died on December 19, 2018, aged 83. The son of K. P. Ewing, Sr. and Sallie Dixon Ewing, he was born in Victoria, Texas on January 7, 1935, living first in Port Lavaca, Texas, and then in Waco, Texas. He graduated from Baylor University (1956, cum laude) and from the Harvard Law School (1959, cum laude). Mr. Ewing practiced law in Washington, D.C., first as an associate at Covington & Burling (1959-1963), then as a partner of Prather Seeger Doolittle Farmer & Ewing (1963-1977). He served as Deputy Assistant Attorney General in the Antitrust Division of the U.S. Dept. of Justice from 1978 through 1980, where among other duties he represented the U.S. on the OECD’s Committee of Experts on Restrictive Business Practices. Ewing thereafter became a partner in Vinson & Elkins until his retirement in 2003, with principal practice areas of antitrust law, international law, and airline law. He served for many years as an officer and council member of the American Bar Association’s Section of Antitrust Law, becoming Chair of the Section (2000-2001). He was Co-Chair of the Ditchley (England) Conference on Competition Laws (2001) (participated in by twenty government competition authorities and nine international organizations) planning for what is now the International Competition Network (ICN) of competition agencies from over 100 countries. Ky Ewing was the author of “Competition Rules For The 21st Century: Principles From America’s Experience” (Kluwer Law International, The Hague, 2003) (2d edition, 2006, 728 pages); Contributing Author: “Special Defenses In International Antitrust Litigation” (ABA Monograph, 1995); and Co-Editor-In-Chief: “State Antitrust Practice And Statutes” (3 vols. ABA, 1990), as well as numerous articles on competition law. Mr. Ewing served for many years on the Antitrust Advisory Board of BNA’s Antitrust & Trade Regulation Reporter, and as a member of the Editorial Board of the International Bar Association’s “Business Law International.” He represented private companies in international law disputes on mining interests and the Cuban expropriations, as well as acting for the governments of Iran (boundary dispute with Iraq), Pakistan (water disputes with India), Greece (boundary disputes), Peru (fishing rights and boundaries), and Saudi Arabia (multinational fraud investigation). Mr. Ewing was a founding member of the Washington Institute of Foreign Affairs, serving as Assistant Secretary and Secretary (1961 through 1999), and was on the Board of Directors (1971-2002). He also represented various airlines before the Civil Aeronautics Board and in environmental matters in his early career. Ky Ewing had served as President of the Carderock Springs Swimming Club, Carderock Springs Citizens Association 1975-78, and the Potomac Valley League 1977. He was a member of the Metropolitan Club and the Cosmos Club, and a former member of the 1925 F Street Club and the City Tavern Club. Mr. Ewing is survived by his beloved and devoted wife of 55 years, Almuth Rott Ewing, whom he first met in 1960 and married in 1963, by his three wonderful children, Kenneth Ewing (and his wife Sovaida), Kevin Ewing (and his wife Alison), and Kathryn Ewing, and by his three delightful and dearly loved grandchildren, Andrew, Giselle, and Emily. A memorial service will be held at St. Francis Episcopal Church in Potomac on March 30, 2019 at 10:00 am. He will be buried in a private ceremony in the columbarium of St. Francis Episcopal Church, Potomac. In lieu of flowers, the family suggests contributions to the Johns Hopkins Sydney Kimmel Comprehensive Cancer Center or to the Pancreatic Cancer Action Network, in either case designated for pancreatic cancer research.
See more See Less