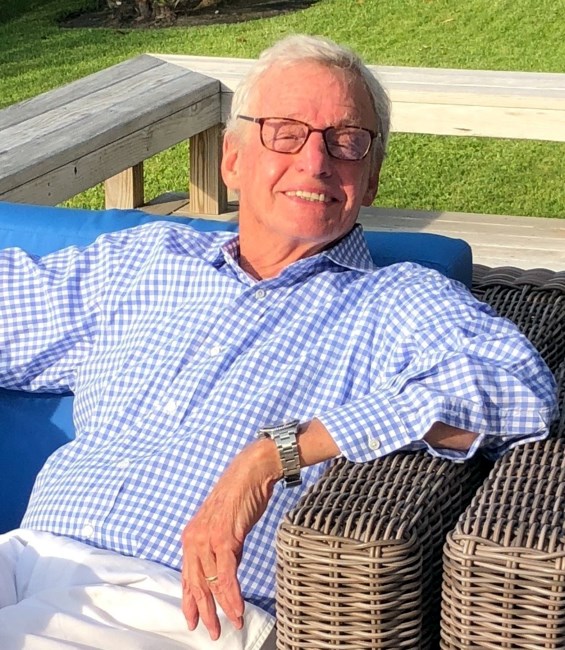 Lester Glenn (“Ruff”) Fant, III, of Washington, D.C. died Sunday, May 19, surrounded by his loving family. Ruff was born to Lester Glenn Fant, Jr. and Gladys Sage Fant in Memphis, Tennessee on January 24, 1941. A native of Holly Springs, Mississippi, Ruff spent most of his adult life in Washington, D.C. He leaves behind his wife, Susan Braselton Fant; three children, James Selden Fant (Christine) of Los Angeles, California, Cordelia Judith Fant (Kevin O’Malley) of Madison, Wisconsin, and Henry Collier Fant of Washington, D.C.; three grandchildren, Enzo Freeland Gallo, Nico Samuel Gallo and Erik Shane Fant; and a brother, William Henry Sage Fant, and sister, Nancy Fant Smith; and his former wife, Barbara G. Fant. Ruff graduated from Vanderbilt University in 1963 and from Harvard Law School in 1966. He was on active duty in the U.S. Marine Corps from 1966-69, rising to the rank of captain and earning a Navy Achievement Medal for his service. He had a long and successful career in business and the law. Most recently, Ruff was Chairman of Galway Partners and Tow-Path Partners, LLC and their predecessor specialty finance companies that he founded in 1999. He was founder and Managing Director of Arena Investments. Highlights of his legal career include tenures as a partner at Cohen & Uretz and Sidley & Austin, where he sat on the executive committee, and as in-house counsel for Cassidy and Associates. Ruff was an adjunct professor at Georgetown University Law Center for 18 years while he practiced law, teaching an advanced course in corporate taxation and ethics in the graduate program. He was awarded the American Bar Association Award for Professional Merit. Ruff devoted himself to education, historic preservation and land conservation. He served on the Visiting Committee of the College of Arts and Sciences at Vanderbilt University and on the Dean’s Advisory Board at Harvard Law School. He was a Trustee of Sidwell Friends School and Aidan Montessori School. He was Chairman of the Fudan Foundation, which supports the Center for American Studies at Fudan University in Shanghai, China. Ruff was Chairman Emeritus of President Lincoln’s Cottage. He served on the Board and as Chairman the Civil War Trust (now American Battlefield Trust). He served on the Board of the National Trust for Historic Preservation. Ruff sat on the Advisory Board of the Partnership for Responsible Growth. Ruff was a member of Foundry United Methodist Church and attended St. Alban’s Episcopal Church. A funeral service will be held at St. Alban’s Episcopal Church in Washington, D.C. on May 31, 2019 at 4 p.m. with a burial in Braselton, Georgia on June 7. A memorial service is planned in Holly Springs, Mississippi at a later date. In lieu of flowers, the family has asked that donations be directed to President Lincoln’s Cottage, First Methodist Church of Holly Springs, Mississippi, and Preserve Marshall County and Holly Springs, Inc.
See more See Less