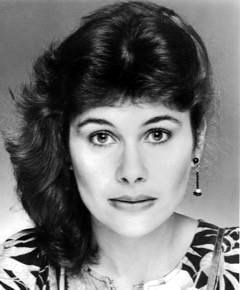 Linell Marie Grundman died from interstitial lung disease on Friday, January 13th at Georgetown University Hospital in Washington, DC. She was 71. Linell lived an extraordinary story which advanced the high purposes of all to which she committed her great talent. The found families Linell created in each chapter of this story deeply mourn her loss while also testifying to her good works. Linell was born on January 6, 1952 in Leavenworth, Kansas to William and Marilyn Wenzel, the second of their three children. She grew up in nearby Lansing, Kansas, where Linell graduated from high school in 1970 and then attended St. Mary College. Over the next decade, Linell worked as a theatre director with the U.S. Army in West Germany and as an actor and singer there and in Texas, Florida, and New York. At 33, she enlisted in the U.S. Army and served as a public health specialist in the 1st Armored Division at Ansbach, West Germany, where she met Lieutenant Steven Grundman, whom she married at the end of 1987 in Cambridge, Massachusetts. Living in Washington, DC throughout the 1990s, Linell focused on raising two children but made time to continue performing and directing in community theatre. From 2000 to 2018, Linell lived in Sandwich, Massachusetts, where she continued directing theatricals, especially for children, served to two terms on the town's board of selectmen, and was a community-service activist addressing environmental protection, homelessness, human rights, gun control, the arts, and good government. After moving back to Washington in 2018, Linell's focus has been on the ministry of St. Mark's Episcopal Church, where she served on its finance committee, vestry, and as its Senior Warden. Linell is survived by her husband, Steven Grundman; two children, Michael, of the District of Columbia, and Mary, of New York; and her brother, Scott Wenzel, of Florida. She was predeceased by her parents, her sister, Denise Dietrich, and a son, Nathan, who died in 1972. A funeral will be held on Saturday, January 28th, at 11:00am in Leavenworth, Kansas at Annunciation Chapel on the campus of the University of St. Mary, of which Linell was trustee. In Washington, a memorial service will be held on Saturday, February 11th, from 11:00am at St. Mark's Episcopal Church on Capitol Hill. In Sandwich, Massachusetts, a celebration of life is being organized for a date to be determined. In lieu of flowers, Linell's family asks that a donation be made to The Linell Grundman Scholarship Fund at The University of Saint Mary, 4100 S 4th Street, Leavenworth KS 66048 (https://www.supportusm.com/annual-scholarship-gift/).
See more See Less

In Memory Of Linell Marie Grundman