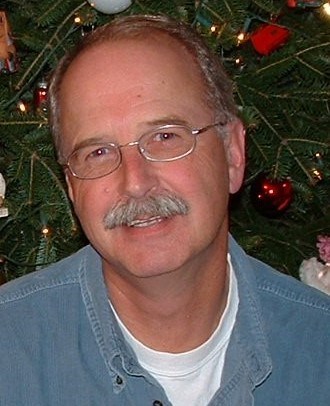 WINSLOW - Gary L. Morrison, 70, passed away peacefully in the early morning hours of Wednesday, December 18, 2019, after a long and courageous battle with cancer. In the days leading up to his death he was surrounded daily by family and friends. He took his final breath with his loving wife holding his hand. Gary was born May 28, 1949 in Gardiner, Maine, son of Andrew and Eva (Hamlin) Morrison. He was educated in Winslow schools and graduated from Winslow High School in 1968. He went on to graduate from CMVTI in Auburn in 1970 with a degree in Automotive Technology. On August 8, 1970 Gary married his high school sweetheart, Suzon Hussey. He worked for Advanced Auto in Auburn, Lewiston Auto Sales in Lewiston, and Agway in Fairfield before being hired by New England Telephone Company in February 1972 as a mechanic. He retired from the phone company in February 1997 after 25 years of service. He had his own handyman business for a short time before he went back to school to become an EMT. After he got his EMT license in 1999 he worked for Windsor Ambulance for 1 year before being hired by Delta Ambulance in Waterville in 2000. He retired from Delta in November 2015. For the next year or so Gary drove dump truck and tractor trailer, especially enjoying the time he spent on the road with his son, Chad. During all these years Gary remained an on-call firefighter with Winslow Fire Department and was a member of the newly formed Fire Police Unit and also volunteered as an EMT for the Special Olympics at Sugarloaf for 8 years. Gary is survived by his loving wife Suzon; his mother Eva Morrison Coombs; special brother of the heart, Mike Henry & wife Terri of Virginia; foster brother David Christian & wife Jo Jo of Oregon; brother Terry Morrison & wife Lil of Madison; half-brothers Anthony Chandler & wife Laura of Woolwich; Robert Chandler & wife Martha of Harpswell and Harold Chandler III of New Mexico; half-sister Susan Hurley & husband Bill of California; his sons, Cory Morrison of Winslow, Michael Morrison & wife Kristi of Waterville and Chad Morrison & wife Shannon of Fairfield; 8 precious, beloved grandchildren, Austin Morrison of Colorado, Brittany Harris and husband Cobey of Kansas, Amanda Morrison Bonn of Kansas, Aidan and Nadia Morrison of Waterville, and Landon, Levi and Liam Morrison of Fairfield; in-laws Peggy Hussey of New Hampshire, Tracy Hussey & fiance David of Winslow, Erin Dyer & husband Scott of Winslow, Peter Hussey & wife Verna of Winslow and Patrick Hussey of New Hampshire; many nieces, nephews, great nieces, great nephews, one great-great nephew and one great-great niece; several cousins; very special longtime friends Steve & Diane Bergeron and Percy & Kathy O'Clair. Gary was predeceased by his father Andrew Morrison, step father Robert Coombs, foster brother Robert Henry, sister-in-law Kelly Pearson, brother-in-law Michael Hussey and granddaughter Avery Rose Morrison. The family would like you all to join them in a celebration of Gary's life with a reception to follow on Monday, December 30 at 1:00 pm at Centerpoint Community Church, 155 West River Road, Waterville. In lieu of flowers the family is requesting donations be made to Winslow Fire Department, 16 Benton Ave, Winslow or Delta Ambulance, 29 Chase Ave, Waterville. We could not have gotten through the past several months without these two departments and all the wonderful friends and co-workers who were always, always only a phone call away, no matter the time or the day. We are forever indebted to all of you and can never thank you enough. Gary was so proud to be a member of both departments and I know you will miss him almost as much as we will. We would also like to thank Dr. Robert Dohner, Dr. Byung Kim and Dr. Julie Phelps for their care and concern, and all his wonderful hospice nurses, especially Michelle, who took such good care of him and responded immediately when we needed her the most. Gary was a truly unique and good person, a gentleman and a gentle man. He lived his life with strength, dignity and humility, kindness, love and compassion, humor, grace and courage, always a willing hand to help, a twinkle in his eye, a kind word or smile on his lips, to his very last breath. The aching void his passing has left will never be filled.
See more See Less

In Memory Of Gary Lee Morrison