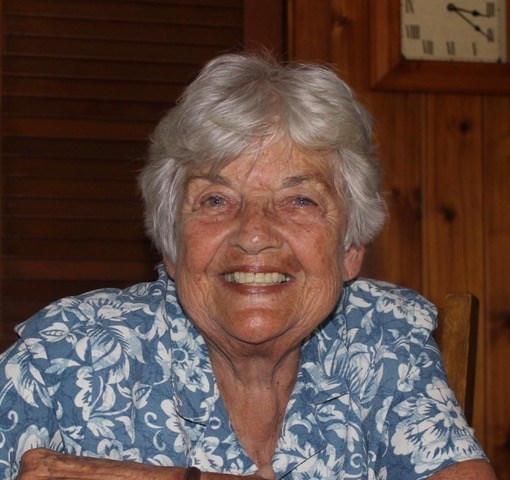 Sheila McCarthy slept away peacefully into God’s arms on January 11th in Ithaca, New York. Sheila had lived in Waterville for almost 35 years before relocating to Ithaca in December 2021 to be nearer to her son and his family as her health declined. Sheila was the daughter of Frank and Beatrice McCarthy. She was born in Salem, MA, in 1942. She and her sister, Kathleen, grew up in nearby Peabody, MA, where their father worked for the department of public works and her mother was a schoolteacher. Sheila graduated from Emmanuel College in Boston with a B.A. in Russian. She went on to receive an M.A. in Soviet Area Studies from Harvard and a Ph.D. in Russian Literature from Cornell University. Like her mother and sister, Sheila’s life was devoted to education. She worked as a professor at Antioch College in Ohio and Grinnell College in Iowa, where she met and married her husband Clifford Reid, and where her son, Matthew Reid, was born. Sheila moved to Waterville in 1987 to begin a position at Colby College. Throughout her career, Sheila was an inspiring teacher of Russian language and literature, and was known equally for her excellence as an instructor and for her care of students as individuals. After retiring from Colby in 2009, she was active in adult and community education around the Waterville area. Sheila was a scholar of Russian literature and culture. She was talented with language and learned to speak Russian with such a level of fluency that Russians were often surprised that she was not a native speaker. Beginning in 1965, she made dozens of trips to the former Soviet Union and Russia. Many of these trips were focused on improving ties between the USSR/Russia and the United States. She continued these efforts in Waterville, where she was instrumental in establishing the Kotlas-Waterville Sister City Connection. She also worked as a translator at the Quaker United Nations Office in New York City. Sheila was a loving mother, wife, sister, and grandmother. She was very close with her sister, Kathleen, and they enjoyed time at the beach together. She imparted her love of reading and of teaching to her son, who also works in education. Sheila enjoyed traveling with her family, which grew to include her daughter-in-law, Judith Griffin. Sheila was overjoyed when she became a grandmother to her grandchildren Beatrice and Abraham. Sheila was a person of great faith who was active in the Corpus Christi Parish of Waterville. She is remembered there, and around Waterville, for her kindness, humility, and generosity. Sheila was predeceased by her parents, sister, and husband. She is survived by her son, daughter-in-law, and grandchildren of Ithaca, NY, cousins, and dear friends in many parts of the world. Sheila’s family send heartfelt thanks to the staff at the Oak Grove Center in Waterville and the hospice services of Waterville and Ithaca for their care of Sheila during a period of illness. Arrangements: There will be a wake at Veilleux and Redington Funeral Home, 8 Elm Street, Waterville, from 4-6 pm on Friday, January 21st. There will be a funeral at Notre Dame Church, 116 Silver Street, Waterville, at 9am on Saturday, January 22nd.
See more See Less

In Memory Of Sheila Margaret McCarthy