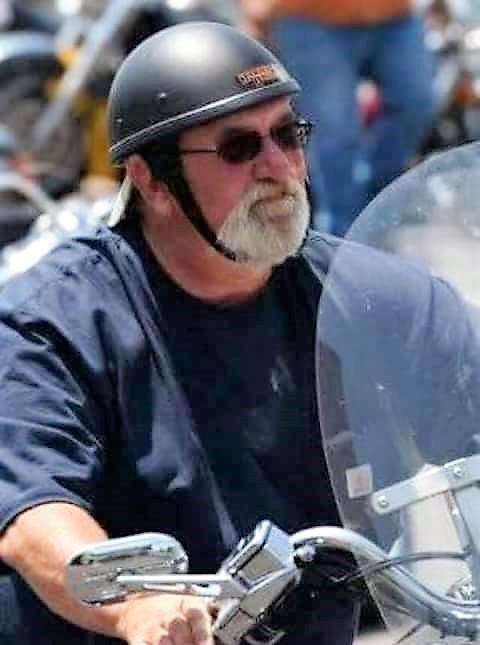 Donald Eugene Vess, 62, of Waynesboro passed away Wednesday, July 5, 2017 at the University of Virginia Medical Center. Born February 15, 1955 in Hampton, Va he was the son of the late Eugene Emmett and Helen (Phillips) Vess. Don was a faithful employee of Hershey Chocolate of Virginia. He was an avid motorcycle enthusiast and enjoyed riding with the Harley Dog Biker Crew. Don enjoyed trips to Florida and especially the beaches there. He will be remembered as a loving father, grandfather, brother and friend to many. In addition to his parents, he was preceded in death by his sister, Judith Ann Jerichow. Survivors include his daughter, Terra Elizabeth Kindig of Port St. Lucie, Fl; grandchildren, Payton Patterson and Nolan Vess; sister, Janet Fay Leuthold and husband, Chuck of MD; nephew, Robert Leuthold; nieces, Lindsey Anderson and husband, Jacob and Tiffany Jerichow; a number of great nieces and nephews; friend, Pat Miller. Following cremation, the family will receive friends from 7:00 p.m. until 9:00 p.m. on Tuesday, July 11, 2017 at the Waynesboro Chapel of Reynolds Hamrick Funeral Homes, 618 W. Main St. There will be no formal services. The family would like to give a special thank you to Don’s biker family, coworkers of Hershey and Deb Lilly for being a dear friend during their time of loss. In lieu of flowers, those desiring may make memorial contributions in Don’s memory to a charity of one’s choice. Relatives and friends may share condolences and memories with the family online by visiting www.reynoldshamrickfuneralhomes.com

In Memory Of Don Vess