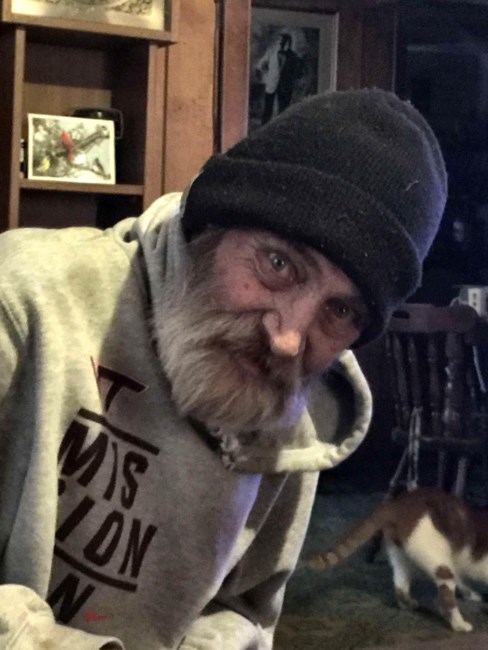 Stephen Michael “Steve” Terry, 62, of Waynesboro lost his battle with cancer on Sunday, January 28, 2018 at King’s Daughters Community Health and Rehabilitation Center. He was born on March 12, 1955, a son of the late Orville McPherson and Emma Pauline (Wood) Terry. Steve worked as a self-employed painter and a landscaper for Russell May Landscaping. He was a very simple man that enjoyed fishing, watching stock car racing and building model slot cars. Left to cherish his memory is his son, Stephen Michael Terry, II; siblings, George Terry and wife, Teresa of Lynchburg, Joni VanDevander and husband, Wayne of Stuarts Draft, Paul Terry of Stuarts Draft and Gary Terry of Fishersville; two grandchildren; numerous nieces, nephews, great-nieces and great nephews; as well as numerous extended family and special friends, Petie Coffey, Scott Furr, Russell May and family and many others. A graveside service will be conducted at 11:30 a.m. on Thursday, February 1, 2018 at Riverview Cemetery with Chaplain Mark Westebbe officiating. The family will receive friends from 6:00 p.m. until 8:00 p.m. on Wednesday, January 31, 2018 at the Waynesboro Chapel of Reynolds Hamrick Funeral Homes. In lieu of flowers, memorial donations may be made in Steve’s memory to the Augusta Health Foundation, Hospice of the Shenandoah, P.O. Box 1000, Fishersville, VA 22939. The family wishes to express a heartfelt thank you to the staff of Augusta Health Hospice of the Shenandoah, Augusta Health and King’s Daughters for their loving care of Steve and his family. Also a special thank you to his dear friends, Paul Hogan and Denise McCoy. Relatives and friends may share condolence and memories online with the family by visiting www.reynoldshamrickfuneralhomes.com.

In Memory Of Steve Terry