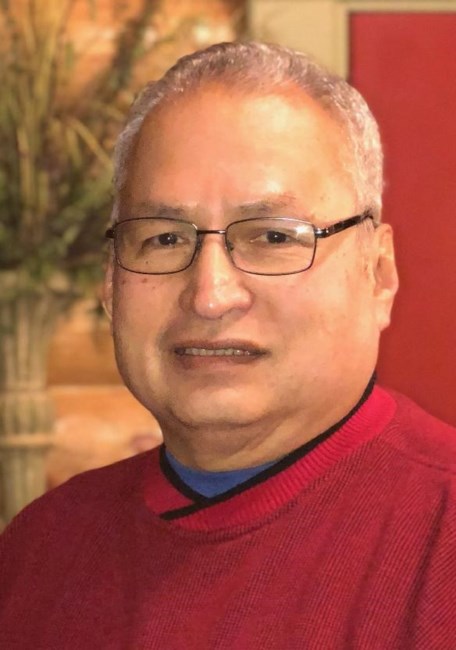 Anthony R. Mendoza, 67, passed away Monday, December 27, 2021. Funeral services will be held 11 a.m. Saturday, January 15, 2022 at McLaren’s Chapel with visitation from 10 a.m. until service time. Burial will follow at Resthaven Cemetery. Anthony “Tony” was born February 17, 1954 to Manuel G. Mendoza and Catherine T. (Ellenwood) Roybal on the Yakima Indian Reservation in Toppenish, WA and was a member of the Nez Perce Tribe. He graduated from Washington State School for the Deaf in 1974. Tony attended Gallaudet University in Washington DC from 1974-1975 and Temple Deaf Bible College from 1975-1979, graduating with a degree in Theology. On May 31, 1977, Tony married Debbie Sawhill, whom he met at Gallaudet University and again at the Deaf Bible College. Tony had training at Calvary Chapel in Florissant, MO from 1977-1979 and helped start Deaf Liberty Baptist Church in Kansas City, MO from 1979- 1982. He also served in the Grandview Park Baptist Church Deaf Ministry in Des Moines, Iowa from 1983 to 1997, Home Bible Church from 1998-2005, and lastly at Northridge Baptist Church Deaf Ministry from 2005 to 2021. Tony’s passion was to preach the Gospel of the good news of Jesus Christ and teach God’s Word to the Deaf everywhere he could go. He was able to preach and teach in churches and at conferences all over the United States and traveled overseas to Romania and Hungary as short-term missionary in 1995 and 1998. Tony was also employed by the United States Postal Service for 36 years and retired in May 2020. Anthony is survived by his wife of 44 years, Debbie: three sons, Joshua, John (Becky) and grandchildren, Maddox, Paityn, Paxton, Sawyer; and son, Jacob (Lana) and grandchildren, Grace, Joanna and Nathon; siblings, Manuel Jr. (Esther) Mendoza, Philip (Joanne) Mendoza, Kathryn Perez, Pat Mendoza, Pam Reece, Diana (James) Winchester, and Robert (Michelle) Roybal, sister-in-law, Donna Rosenberger and sister and brother in law Doreen and Dick Moore, and many, many nieces and nephews. Anthony was preceded in death by his parents, Manuel G. Mendoza and Catherine T. Roybal and stepfather, Joseph Roybal; sister, Marilyn Haddenham; brother-in-law, Dennis Rosenberger; and two grandchildren, Abigail Ruth and Providence Rain Mendoza. In lieu of flowers, memorials may be directed to Northridge Baptist Church, 3700 6th Ave, Des Moines, Iowa 50313, in memory of Anthony.
See more See Less

In Memory Of Anthony R. Mendoza