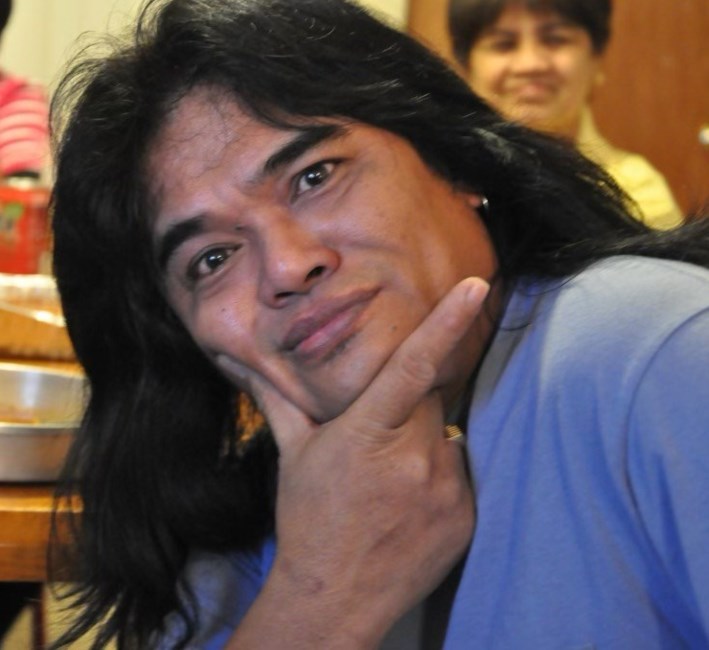 Osceola Dan Cagunot Camarillo, 62, passed away Tuesday, September 13, 2022. He was born November 7, 1959 in Manilla, Philippines. Dan came over to the U.S. from the Philippines in 1974 when he was 16 with his mother and step-father. He moved to Des Moines, IA and met Chris Polke. They had two daughters, Brittney and Paige. Now he has four grandchildren who miss him very much, Arabella, Alanna, Ellie and Eli. He loved to go fishing, collect anything he could get his hands on and watch television. Dan is survived by his daughters, Brittney (Dustin) Gookin and Paige Camarillo; brother, Ronnie (Cathi) Smith; and his grandchildren. He is preceded in death by his mother, Lydia Smith; step-father, Ronald Smith; and grandmother, Felicia Gascon. We know he has crossed over into his perfect kingdom with Angel and his boys (Buddy and Teddy) and they will all be waiting for us there until it is our turn to join him. He is finally free to swim home. We love you so much dad, and will miss you always!
See more See Less

In Memory Of Dan Cagunot Camarillo