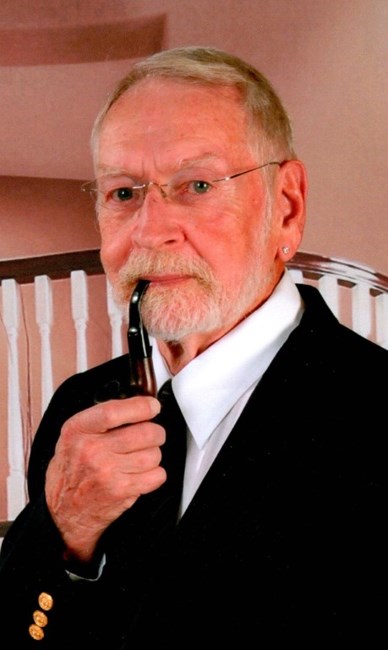 West Des Moines Donald Howard DeVore, age 88, of West Des Moines, IA, passed away peacefully in his home on Sunday, January 15, 2023. Don was born in Des Moines, IA, in 1934 and was a lifelong resident of Iowa. He was the only child of Howard and Nina DeVore, and grew up close with his cousin, Charles “Chuck” DeVore. Don attended North High School in Des Moines, and then joined the Air Force, where he served from 1955-1960 as a Personnel Specialist. Don met the love of his life, Alice Salgado, in 1953. They were married in 1956 in Alaska Where Don was stationed for two years. They then spent the next 66 years together, falling more in love with each other every day. Son Michael was born in Alaska, then Don was stationed in Washington DC where daughter Michelle was born. After moving back to West Des Moines, IA, daughter Kimberly was born, completing the family. Don worked as a stationary engineer for Principal for 27 years until retiring in January 1993. In his retired life, Don loved traveling. He and Alice explored the world, going on 27 cruises and visiting numerous countries. Their favorite place to see was Chamonix, France, and they dreamed of retiring there but couldn’t bear to be apart from their family and grandchildren. An avid reader and armchair historian, some of Don’s favorite experiences were assisting on a couple of archeological digs here in Iowa. For 14 years, Don enjoyed singing in the Sacred Heart Church Choir with Alice. As the proud grandpa to six grandchildren, Don loved going to the many sporting, choir, theater, and many school events to support them. He would do anything for his grandchildren and even reluctantly shared his Oreos, Fritos, and martini olives with them. Don shared his love of fishing, history, traveling, tinkering, and happy hours with his whole family. He spent his last days surrounded by family and so much love that the house could barely contain it. Don is survived by his wife of 66 years, Alice; children, Michael DeVore, Michelle (David) Brainard, and Kimberly (Greg) Fisher; and grandchildren, Matthew Logan, Mikayla Logan,Olivia Logan, Jessica (Bryan) Castellano, Mitchell Fisher, and Benjamin Fisher. Don was close to and loved his many nieces and nephews. He was preceded in death by his parents, Howard and Nina DeVore; cousins Charles “Chuck” and Karen DeVore, mother-in-law Mary Salgado, sisters-in-law Helen Valdez, Stella Munoz, Mary Jayne Salgado, and brother-in-law Manuel Valdez. He remained close to his brothers-in-law Salvador Salgado and John Munoz. Don has always been a gentle and loving husband, father, and grandfather. He was our heart, and he will be greatly missed. Memorials can be made to St. Jude Children’s hospital or UCSF Children’s Hospital Music Therapy program, Sacred Heart Church Blessed Virgin Mary or the Sacred Heart Benevolence Fund. Donald's grandson, Matthew, is a music therapist and played many of Don and Alice's favorite songs for them in Don's final days. You may elect to make donations to the Music Therapy Program at UCSF Benioff Children's Hospital San Francisco by visiting https://makeagift.ucsf.edu/creativearts. Please select the following: “This contribution is in honor or memory of someone” using the drop down and indicate: In memory of Donald DeVore.
See more See Less

In Memory Of Don H. DeVore