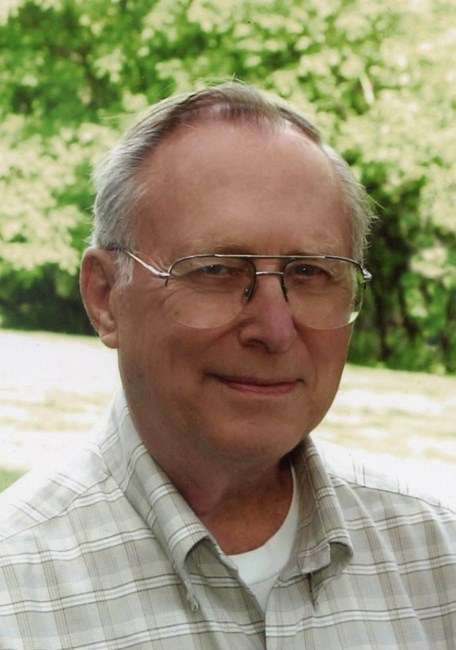 Urbandale Jay Russel Hoogenakker, 85, passed away on Saturday, January 14, 2023 at UnityPoint Methodist Medical Center in Des Moines. Visitation will be held from 1 to 2 p.m. on Friday, January 20, 2023 at McLaren’s Resthaven Chapel in West Des Moines, with the funeral service at 2 p.m. Burial will take place at Resthaven Cemetery in West Des Moines following the service. There will be light refreshments and a time of fellowship with the family after the burial, at Resthaven. Jay was born March 11, 1937 in Des Moines, IA to Russel and Jean (Van Vliet) Hoogenakker. He graduated from North High School in 1955. Jay enlisted in the U.S. Marine Corps to honorably serve his country and returned to Iowa in 1959. He was hired on at John Deere in Ankeny, IA and worked there, as an engineer, for 33 years. It was at John Deere that he rekindled his love for Bonnie, who he had met prior to serving in the Marines. Jay married Bonnie M. Williams on October 15, 1960 at First Baptist Church in Colfax, IA. Together they raised two children, Alan and Grace Ann. Jay was an outstanding father with unwavering faith and a deep love of Jesus Christ, which was apparent to all who knew him. He passed his faith on to his family through his compassionate and loving spirit. Jay enjoyed singing in church choirs. He was a member of The Good News Five, a gospel singing group for twelve years. Jay was fortunate to be able to retire early, at the age of 54. This allowed him time to spend with Bonnie and other family across the country. Jay’s main hobbies were genealogy and woodworking. With his great skill as a woodworker, he created many family heirlooms that will be cherished for years to come. His hours of work on genealogy connected family and made him the beloved family historian. Jay enjoyed coffee with friends, family gatherings and spending time together at The Wooden Shoe Chalet, the family’s cabin near Pella. Jay is survived by his son, Alan (Dee) Hoogenakker of Urbandale; daughter, Grace (Steve) Lorts of West Des Moines; grandchildren, Lindsey Hartbarger, Ashley Harms, Bethany (Danny) Kemp, Allea and Alan J. Hoogenakker, Hannah, Jay (Kirsten) and Libby Lorts; great-grandchildren, Brenden and Kensey Hartbarger, Aubrey Harms and Rory Jay Kemp; and brother David V. (Lisa) Hoogenakker of CA. He was preceded in death by his wife, Bonnie; parents; in-laws, Gomer and Genora Williams, Walt and VondaLee Williams. Memorial contributions may be directed to Blessman International.
See more See Less

In Memory Of Jay R. Hoogenakker