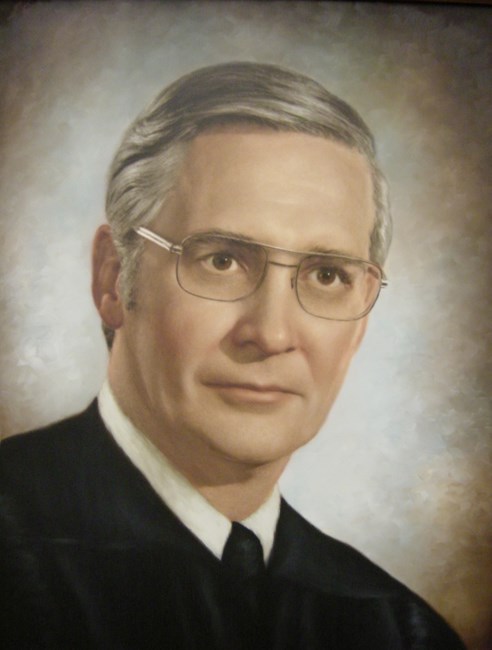 Richard Frederick Stageman of Norwalk, Iowa passed away on August 21, 2020. He was born in Omaha, Nebraska, on September 25, 1926. He graduated from Sioux City, Nebraska, High School. He, then, joined the U.S. Naval Air Corps and served in WWII as a combat aircrewman and bombardier in American, Philippine, and China theaters. After his honorable discharge, he received his B.S. and J.D. degrees from Creighton University. He practiced law in Nebraska and Iowa after receiving his degree in 1951. During his time with Smith, Pogge, and Stageman, he was elected to the Iowa 59th General Assembly as a Representative from Pottawattamie County. In 1962, he was appointed Referee in Bankruptcy for the Southern District of Iowa by District Judge Roy L. Stephenson. In 1973, he was appointed in 1984 as a full-time Magistrate. Later that year Judge Stageman was appointed as a full-time Bankruptcy Judge for the Southern District of Iowa. He retired from the bench temporarily in 1986 but was recalled 2 months later to serve pending the appointment of Judge Lee, M. Jackwig. During his tenure, Judge Stageman was active as a seminar participant and director with the American Bankruptcy Institute. He testified before a U.S. Senate Subcommittee about a proposed inclusion of a Chapter 12 Bankruptcy Code. Under the auspices of Iowa State University and Niel Harl, he consulted with the Czech Republic Bankruptcy and Reorganization when that country was privatizing property. In 1990, Judge Stageman was made a Fellow in the first class of the American College of Bankruptcy. Over his active career, Judge Stageman wrote over 65 publications and seminar papers. He taught many seminars around the country. He revised and taught the Bar Review Outline for Drake and Iowa Law Schools. His greatest challenge as a U.S. Court Judge was navigating the “Farm Crisis” in the ’70s and ’80s. Before his final retirement, he practiced privately with the Des Moines firms of Davis, Hockenberg, Wine, Brown, Koehn, and Shors and later with Phil Watson, P.C. He was licensed to practice before the U.S. Supreme Court, the Eighth Circuit Court of Appeals, the U.S. District Court of Iowa and Nebraska, and the Supreme Court of Iowa, the Board of Immigration Appeals, the Patent Office, and the U.S. Tax Court. Besides being a member of the American Bankruptcy Institute and a Fellow of the American College of Bankruptcy, he was a member of the Iowa Bar Association. He is survived by three of his children, Susan Stageman (Tim Mikus) of Dallas, TX, Richard Stageman (Kim Stageman) of Norwalk, Iowa, and Emily Rollison (Dave Rollison) of Des Moines, Iowa. A second son, William Stageman died in 2014. In addition, he leaves 7 grandchildren and 7 great-grandchildren. He was preceded in death by his first wife, Grace A. Yeiser (married 1950), mother of his 4 children, and Mary E. Desenberg Baker (married 1982). His favorite pastimes were spending time with his family, traveling, reading, painting, writing, and golfing.
See more See Less

In Memory Of Richard Frederick Stageman