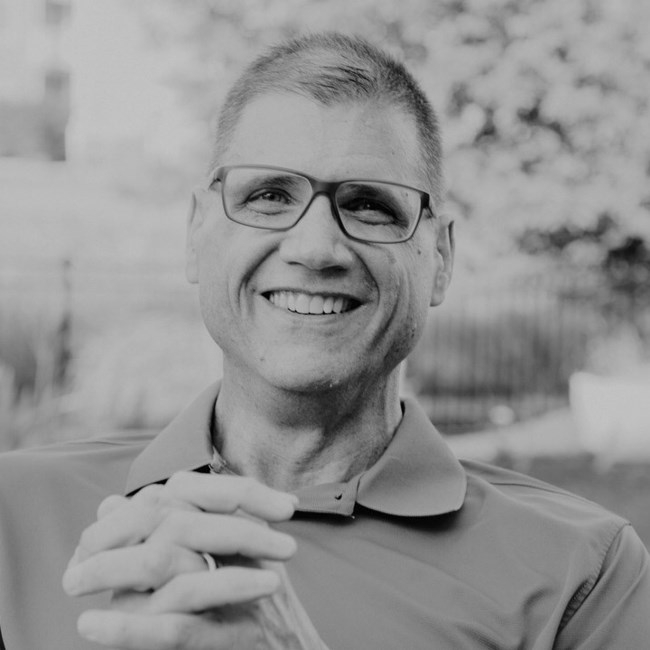 Robert Allen Van Vors Robert (Bob, Bobby) Allen Van Vors, age 54, of Des Moines, Iowa passed away on Wednesday, September 14, 2022. He was born on September 27, 1967, in Dubuque, Iowa, son of Robert and Cynthia (Shekleton) Van Vors. Raised in the beautiful bluffs of Dubuque, Bob graduated from Dubuque Senior High School in 1986 where he was a letter-winner in track and football. Shortly after, a late-night cruise in his ‘81 Mercury Capri led him to his wife Lisa Marie (Brillhart) Van Vors. Lisa and “Mr. Adorable” married in 1991. Young and driven, Bob enlisted in the United States Naval Service and served for six years. In his service, Bob was deployed and served in Desert Shield/Desert Storm. During his time as a Navy Reserve Sailor, Bob received his Bachelor of Arts degree in finance and economics from Loras College in Dubuque, Iowa, all while supporting a growing family. Later, Bob would complete his Master’s in Business Leadership and Management from William Penn University in Oskaloosa, Iowa. With his bachelor’s degree fresh off the press, Bob and his family moved to Des Moines determined to make a life of their own. From selling deli meat and mattresses to working his way up the financial banking ladder, Bob took great pride in his work ethic. Most recently, Bob worked at U.S. Bank in Ames, Iowa, as a Business Banking Relationship Manager and was promoted to Assistant Vice President. Hardworking, protective, goofy and loyal are a few of the words Bob’s friends and family would use to describe him. First and foremost, Bob loved his three girls: Lisa and daughters Bailey and Payton. Bob was a proud girl-dad who enjoyed a round of golf on the weekends and coaching his daughters’ sporting teams. He also picked up running in his 50s. In his free time, Bob found pleasure in chatting with fellow classic car enthusiasts at Cars & Coffee, firing at the shooting range or cheering on his favorite team, the Iowa Hawkeyes. You could find Bob cruising through the streets of Des Moines in his ‘65 Ford Mustang with his wife and fur children Lucy, Charlie, Frye, Ham and Summit. Bob is survived by his wife, Lisa; daughters, Bailey Van Vors of Des Moines, Iowa, and Payton (Daniel) de los Cobos of St. Louis, Missouri; brothers Mike Van Vors and Jim Van Vors of Dubuque, Iowa; and sister, Lisa (Tom) Fitzgerald of Dubuque, Iowa. Though the list of Bob’s accomplishments is long, we believe he would be most proud of one in particular. Through countless examples of tenacity, perseverance and selfless parenting, Bob achieved the ultimate American Dream: providing his children with a better opportunity for prosperity and success than he himself had. With his “act like you’ve been there” mentality, Bob did all things with resilience and humility, and his legacy will live on. A visitation for Bob will be held Wednesday, September 21, 2022, from 5 PM to 7 PM at McLaren's Resthaven Chapel, 801 19th Street, West Des Moines, Iowa. Following the visitation, a Rosary will take place to close the evening. (Black and gold attire is welcomed - go Hawks!) A Funeral Mass will occur Thursday, September 22, 2022, at 10:30 AM at St. Pius X Catholic Church, 3663 66th Street, Urbandale, Iowa. From there, a luncheon will take place, also at St. Pius X Catholic Church. The military funeral honors and burial will take place at 2 PM at the Iowa Veterans Cemetery at 34024 Veterans Memorial Drive, Adel, Iowa. In lieu of flowers, memorial donations may be directed to the American Liver Foundation. A special thank you to the doctors, nurses and staff in the intensive care unit at the Iowa Methodist Medical Center.
See more See Less