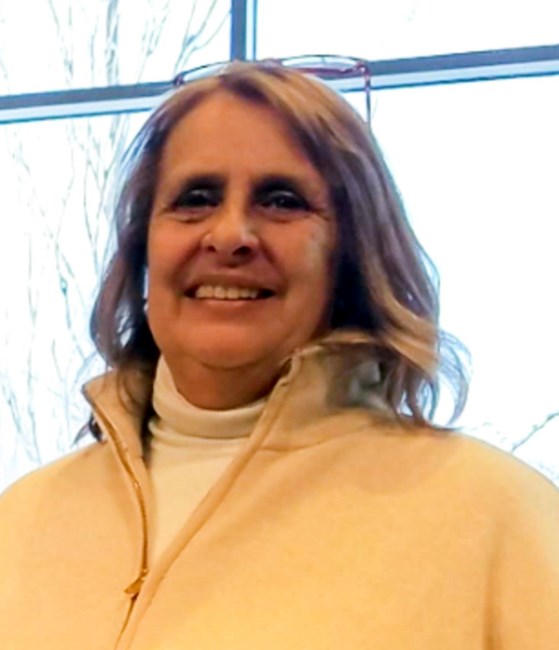 West Des Moines On the morning of May 10, 2022, surrounded by her sons, Sandee passed away after a brave battle with small cell lung cancer. She was 68 years old. Sandee Anderson was born in Kaukauna, Wisconsin on October 15, 1953. She was the second daughter and fourth child of Mary Evelyn and William George Scott. Mary and William moved their family to Urbandale, Iowa in the early 1960’s. This is where Sandee planted her roots and eventually started her own family. Sandee later married and welcomed her first son, Steven Michael, on June 28, 1978. Her youngest son, Jeffrey Allan, was born on November 7, 1979. Sandee was a fiercely devoted mother, and her two boys were the absolute light of her life. She is remembered fondly by many of her Urbandale neighbors and the boys’ classmates as a fun, generous, very cool Mom. Sandee’s love and devotion only grew with her grandchildren. She never missed a chance to say, “I love you” and they kept her going even on the hardest of days. She would do anything for those kids and for her family. Later in life, Sandee settled at a 55+ senior community in West Des Moines and is sorely missed by her many friends there. She was a talented interior designer and made sure the lobbies were decorated for every special occasion and holiday. The residents and staff there remember Sandee as a kind, generous, and sweet person who always made sure others were taken care of. Sandee was preceded in death by her parents, William and Mary Scott, and her brother, George Scott. Sandee is survived by her sons, Steve (Sarah) Anderson, and Jeff (Carly) Anderson; brother, Randy (Linda) Scott; sisters, Colleen Thomas, and Barb Sabin; grandchildren, Mary, Bryce, Nolan, and Maxwell Anderson; and many beloved nieces, nephews, and friends. Many of you have asked how you can help our family during this difficult time. In lieu of plants and flowers, donations are humbly accepted towards the family’s memorial fund. Donations can made to Steve and Jeff Anderson at 208 Dooley Ct. SW, Altoona, IA 50009.
See more See Less