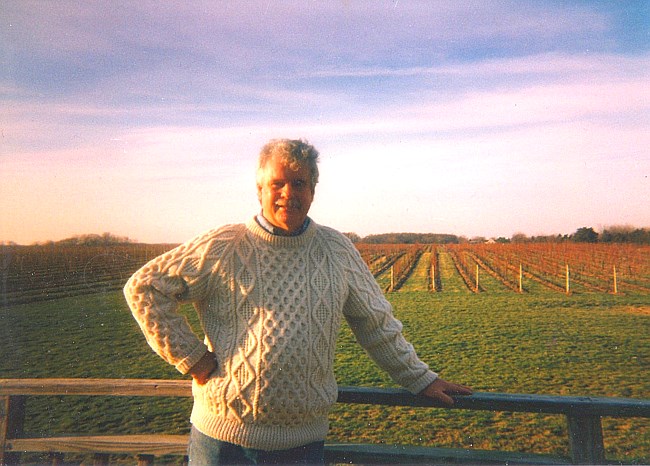 On January 27, 2021, James P. Mellett, Jr. lost his battle with COVID-19. Jim was born in Boston, MA on December 8, 1943 to the late James P. and Margaret Fay Mellett. He grew up with a close knit extended family with his siblings, Maureen, Paula and Ken and many cousins in Roslindale. Jim went on to attend Boston Latin School, Boston College High School, and graduate from Georgetown University. It was at Georgetown where he met the one true love of his life, Valerie Troy, whom he married in 1968 and celebrated his 52nd anniversary with this year. He was an entrepreneur from an early age, founding secretarial turned business training schools. Over the last several years, Jim and Val owned and ran the Carriage House Inn in Chatham until they retired in 2017. In the early 70’s, much to the surprise of the locals, Jim and some others bought a blueberry mountain in New Hampshire. It was a way to be closer to the land, and to get his kids out of New Jersey where they learned to work hard and appreciate what they had while so many others had not. There he befriended an old-timer, Mason and his dear wife, Millie, who came to the rescue of the “flatlander” countless times. Music was central to his life. He could burst into song at any given moment - be it a song from his barbershop days or an old Irish favorite. His amazement when he returned from his first trip to Ireland was the discovery of just how many relatives he had who were just like him. Jim devoted his life in faith-filled service to others, from cooking in soup kitchens to mentoring those transitioning from homelessness at Champ Homes in Hyannis. Over the last few months, he felt privileged to be the ‘Big Brother’ of an incredible 8-year old boy with whom he shared many laughs and bowls of ice cream with. Jim lit up a room with his great big personality and shared many tales with strangers or close friends alike. He was a force of life that will be sorely missed by many. In addition to his wife, Val, Jim is survived by his siblings, Maureen (and Michael Humin), Paula O’Brien (and Carol Chamberlain) and Ken (and MaryEllen Mellett), numerous cousins, his four children, Tricia Keenan, Kerry (and Glenn Hoag), James P (and the late Tasha Mellett), and Valerie (Buffy) Mellett, his 5 grandchildren, Kiah, River, Cole, Bryce and Ani, and 2 great grandchildren, Ronnie and Wyatt. He was also survived by numerous others who thought of him as a second father or Da, as he was known. A private mass will be held for family. A proper Irish sendoff will be held when we can all gather safely. In lieu of flowers, donations can be made to Champ Homes, Hyannis, MA, https://www.champhomes.org/.
See more See Less

In Memory Of Jim Mellett Jr.