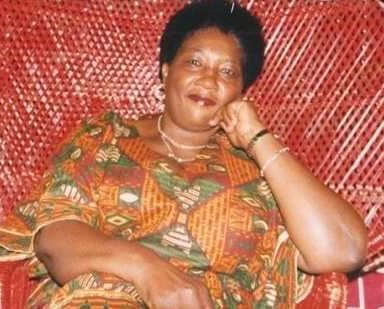 Esperine Charisnord Joseph Brutus was born on November 22nd, 1942 to Charisnord Joseph Dumesle and Nancy Cherichel in Bassin Grande Falaise, Ravine Grande Falaise, 3ème Section Jean Rabel, Haiti. She began her early education in the town of Jean Rabel. At a young age, she left her native village to continue her education in Port au Prince, where she went on to study sewing and dressmaking at L’Ecole de Couture. After graduation, she made a living selling her own creations, from dresses to household wares. In 1961, she met Bruissier Augustin Brutus, and they wed within that same year. She gave birth to Woodny, Caleb, Josué, Rebecca and, later on, her youngest Nancy. When Esperine became a mother, she decided to dedicate her life to being a fantastic and wonderful mother. Esperine excelled at being the matriarch of her family, nurturing and supporting her children through the many passions and difficulties of their lives. She was a woman of deep faith, kindness, and compassion. Whether it came to uplifting others in prayers or imparting a word of wisdom to a downhearted relative, friend, or even a stranger, she made it her mission to improve the lives of others. Esperine had a profoundly creative mind, and this attribute found expression in her passion for sewing, designing everything from wedding dresses to baby crib sets. When she was not busy filling her home with warmth and kindness, she could be found in her sewing room working her magic. Esperine Charisnord Joseph Brutus passed away at age 80, on January 23rd, 2023 after a long battle with scleroderma. Esperine was predeceased by her infant son Josué; her brothers: Alcide Massillon, Prezandieu Joseph, Albert Joseph; her sisters: Claircina Joseph, Rose Thérèse Joseph Eugéne, Jesula Julien; her nieces: Viergela Eugène and Netopha Joseph, her nephews: Fèdre Eugène, Malherbe Joseph, Frantz Massillon, Albertson Joseph. She leaves behind her sister, Rose Eluide Joseph Dumesle. Esperine is survived by her caring eldest daughter Woodny Brutus, her brilliant and only son Caleb Brutus, her loving daughter Brunette Rebecca Brutus, and her free-spirited baby Nancy Ann Brutus; her talented writer and eldest grand-daughter Fabiola Joseph, her vivacious grand-daughter Gabrielle Carla Brutus, her exceptional and only grand son Marcus Junius Brutus, her shining star Chealsey Geraldine Brutus, her sweet girl Muscie Bettina Gaubert Brutus, her thoughtful grand-daughter Brianna Jacqueline Celesna, and her compassionate girl Naheemah Mikayla Brutus. She is also survived by her nephews: Nicolas Massillon, Albert Massillon, Rogers Therma, Ygard Eugène, Wilbert Joseph, Bruno Joseph, André Julien, Oreste Julien, Schilton Julien, Cezaire Julien, Klint Joseph, Ted Joseph; her nieces: Marie Louise Massillon Jean, Adriènne Massillon Brown, Suzette Massillon Jadotte, Guerda Julien Metayer, Paulna Julien Brutus, Esher Julien Choute, Nadia Julien Jeudy, Sandy Dumesle Napoleon, Joselyne Joseph, Benise Joseph, Bertha Joseph, Ashley Joseph, Melireste Dumesle, Itelia Dumesle, Caritas Dumesle, Nadine Dumesle, Ysemithe Meteyer, and Nadège Cine. The list would have been, indeed, endless if we were to list the countless members of her extended family— her loving cousins who remained dear to her heart throughout her life. The void that her departure has left cannot be filled by any other. We will miss her greatly.
See more See Less

In Memory Of Esperine CJ Brutus