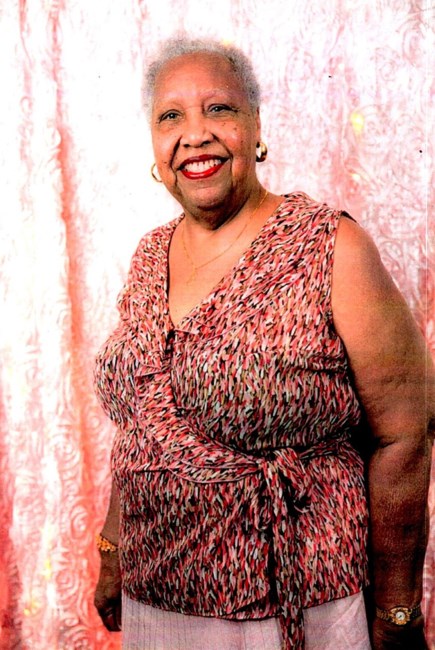 Eulyn Eileen Alexander-Aird, was the seventh child born to Omaria Matthew and Michael “Hawkeye” Alexander on the 9th day of December 1939 at Perryland, Port Fortin, Trinidad. Eulyn at a young age was sent to live with Auntie Vernic and Uncle Ben to attend school. She attended Quarry Street Government School. She then attended Providence Girls R.C. Intermediate School where she graduated in the year of 1955. During her younger years her artistic side grew and was displayed. She was a member of the choir and a member of the drama group. She performed in several operettas at the school. At this point of her life, she made life long friends. After graduation she pursued her career in teaching. She taught at Belmont Boys Orphanage. Within those years of her career, she attended the Catholic Women Teacher Training College, where she graduated within two years. She also, within this time was a member of the Beryl McBernye Dance Troupe, where she taught many of her students. She was also a member of the L.E.F. Girls Net Ball Team, which was a fun and recreational group. She was also involved in the training of the Cub Scouts and the association which led to meeting her future husband, John Don Borris Aird, who was a member of the Queens Scouts Organization. They married in 1963. They started their family, while in Trinidad, with the birth of their son, Brian. Followed by the birth of their daughter, Marion, two years later. In the late 60’s John and Eulyn migrated to the United States, settling in New York City. They planned on bringing the children in the later years. They lived in Harlem, New York and then moved to the Bronx. In 1971, Eulyn brought her children to the states. In 1972, they has there last child, Allison. In the United States, Eulyn, changed her career from teaching to working for Manufacturers Hanover Trust and working at Madison Square Garden’s ticket counter, part-time. She then moved to Van Derveer projects in Brooklyn. She started a new career with Bell Atlantic Telephone Company and then moved to 743 Rogers Avenue Apt #1 in Flatbush. This address became a hub for many families and friends who would stay at times and visit. Her home was always open to all. After 25 years of devoted service, she retired from Bell Atlantic Telephone Company and made her way to Lake Worth, Florida. With this new chapter in her life, she lived her days by travelling to Trinidad for Carnival or to Canada for Caribana, as well as other travels within the United States. She also lived her days by attending cultural events. She was a member of the YMCA where she practiced her aqua aerobics to remain regal. She was also a member of the Joy Luck Club, who attended cultural events and book reads. They were her fun group. She also assisted with taking care of her grandchildren by helping with homework and giving them sound advice. Eulyn had a great love for the Almighty Father and was a devout Catholic. She always attended Sunday Mass at Holy Cross Church in Brooklyn. When she moved to Lake Worth, she attended St Juliana’s Roman Catholic Church in West Palm Beach. I she was unable to attend, she watched on EWTN. Eulyn was known to all, as one who loved friends and family. Every Christmas she would make sweetbread, rum cake and poan for family and friends. If you needed a place to stay for a while, her house was always open. Although she battled stage four cancer, she was determined to have things in order, which she has done. Her strong will let her live longer than the Doctors had anticipated, when first diagnosed. In death she is survived by her beloved children, Brian, Marion and Allison. Her siblings Allan, Val, Patrick, Bendix, Roslyn. Her six grandchildren, Alexandria, Johnathan, Dominic, Tiyana, Julius, Taylor and great granddaughter Amiyah Rose. Her many nieces and nephews and cousins. This represents the Alexander, Matthew, Celestin and Aird family. We will dearly miss her. May perpetual light shine upon always.
See more See Less

In Memory Of Eulyn E. Aird