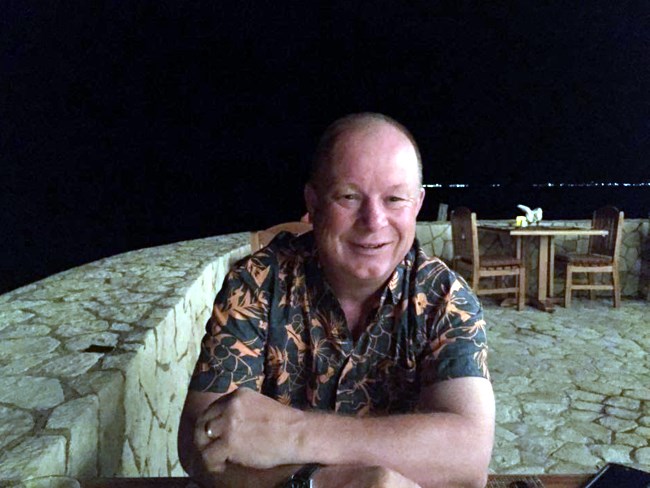 Geoff Painter of West Palm Beach, Florida, formerly of Kingston upon Hull, England died tragically on July 4, 2019. He was born October 30, 1966 in Barnstaple, England. He is survived by his wife Debbie, son Mark, mother Janet Painter of Little Weighton, England and cousin Alison Wells of London, England. Geoff was accepted into the Royal Air Force as an Officer Cadet in 1989 and was stationed at RAF Cranwell in Lincolnshire, England. On leaving the RAF Geoff worked in financial staff recruitment, before opening his own recruitment agency in Kingston upon Hull which he ran successfully for 10 years. Seeking another career change, in 2003, Geoff decided to return to his real passion, flying, choosing helicopters over fixed wing aircraft. After completing his helicopter flight training in Florida he worked as a helicopter Flight Instructor before establishing Cloud 9 with his business partner in 2005. Geoff’s first passion was always his family, whom he loved dearly. In addition to his zeal for flying, he also enjoyed clay and game shooting, fast cars and was an ardent England Rugby Union fan. Geoff was a friend to everyone he met and a mentor to many. He was always generous with his time and energy, and encouraged and facilitated the dreams of others, helping them realize their full potential. Geoff will be greatly missed by all that knew him. Blue skies & tail winds forever! Geoff’s Celebration of Life Service will be held from 5:00pm to 9:00pm on Wednesday, July 17, 2019 at Quattlebaum Funeral, Cremation and Event Center, 6411 Parker Avenue, West Palm Beach, FL, 33405. Contributions may be made in his memory to either Little Smiles Florida (littlesmilesfl.org) or Panther Ridge Conservation of West Palm Beach (pantherridge.org).
See more See Less

In Memory Of Geoffrey Lee Painter