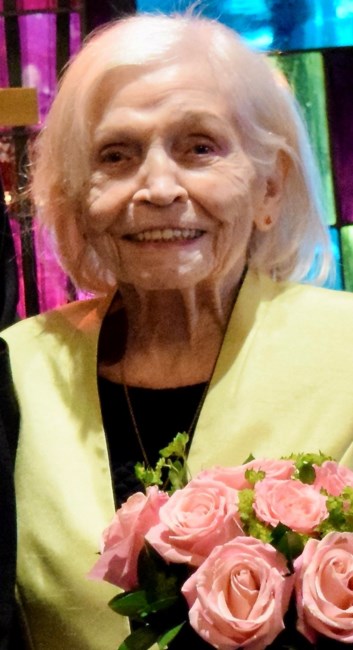 The family of Bernice Brooks (Duncan, DeCaire, Davidson) are saddened to announce her passing on January 12, 2023 at the age of 87 with two of her grandchildren by her side. Mom fought a good fight in her battle against COPD and did it with grace. She is now free from the suffering and for that we are grateful. Mom was born in Pickering Ontario and grew up the eldest child on a dairy farm with her parents and brother and two sisters. She knew from an early age that she would flourish more in a city environment than a farm environment and was thrilled when she was able to get a summer job at Eatons in downtown Toronto. A summer job at the Roselawn Lodge in Bala, Muskoka led to her meeting her future husband Fred. They married in 1953 and had four children. Fred wasn’t one to put down roots and they moved many times over the years until landing in Vancouver from Sarnia Ontario in 1968. Having supported Fred for 25 moves she decided that she could not move to the Yukon when that became his intended next residence. They divorced in 1978 and mom took up permanent residence in Vancouver. In 1980 she purchased the company she was employed by, Tri C Secretarial Services which offered packaged offices and services. In 1991 the name was changed to Support Services Unlimited and she pivoted the company to non profit association management. Associations such as the Canadian Club, Sales and Marketing Executive, Association of Professional Engineers were among her client base. It was during this time that mom organized events featuring Prime Ministers, Premiers and other dignitaries including Prince Philip who was a keynote speaker at a Canadian Club function. She was passionate about empowering women and spent many hours working to that end. She was Past President and founding member of the Canadian Women Voters Congress, the umbrella organization of the Women’s Campaign School at SFU (participants included Penny Priddy, Darlene Marzari, Sen. Pat Carney, Alexa McDonough, Belinda Stronach and Sheila Copps), Past President Canadian Office Services Association, Past President of the First Vancouver Toastmistress Club, and an Executive Board member of the Vancouver YMCA. She was invited to Yale University in 2004 to be the keynote speaker at their Women’s Campaign School based on her success with the inaugural on at SFU. She was so proud to be able to say after that “I went to Yale”. After selling the company in 1988 mom focused on helping others write their legacy life stories. She co-authored the Canadian Club of Vancouver’s centennial history, published in 2006. In 2008 she published a 50 year history of the company she had owned titled “More Moxie than Money”. It documented the journey of the three owners, Denize Callaghan who started it all, mom’s tenure and Donna Denham who purchased the company from mom. On February 14, 2021 she married her soul-mate Bart. After more than 20 years together they agreed that they were in it for the long haul. Together they travelled, danced, played scrabble, and watched numerous episodes of Jeopardy. We are extremely grateful to Bart for his wonderful care of our mom. With her passing she leaves to mourn and celebrate her life her beloved husband Bart, her children Lance (Elga), Rhonda (Doug), Dale (Connie) and Annette. She also remained very close and in contact with her daughter-in-law Nancy and her son-in-law John. Her grandchildren Shana (Geof), Amber, Christopher, Roderick, Brandon (Bri), Mary, Greg, Simon and Victoria all had a chance to tell her how much they loved her before she left. She also leaves 6 great grandchildren, Jenna, Mathew, Liam, Noah, Levi and Micah. Her brother Jim Duncan and sister Kay McKinnon will also miss her dearly as will many nieces and nephews. She is predeceased by her sister Gena and parents George and Muriel. We know she is now dancing freely, organizing scrabble games, travelling unhindered and indulging that notorious Duncan sweet tooth. A celebration of life will be held at a future time. In lieu of flowers a donation to your favourite charity would be appreciated. We love you to the moon and back mom and want to thank you for all you’ve done for us and for so many others. You will be missed.
See more See Less

In Memory Of Bernice Brooks