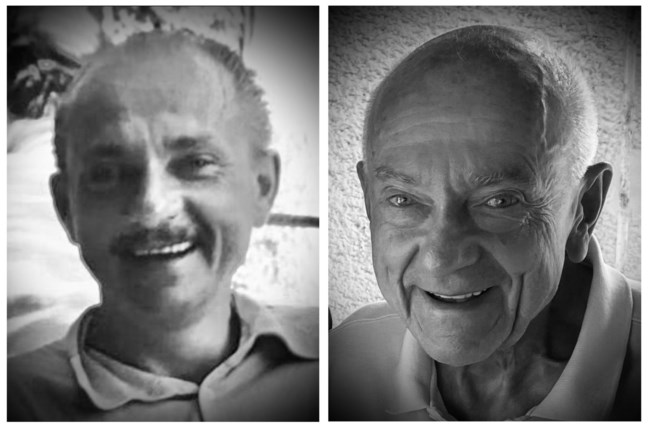 With deep sorrow and heavy hearts we announce the passing of Paolo Rosazza Pela, beloved husband and family man, pioneering developer and entrepreneur, and inspiring enthusiast and optimist in life. Paolo passed away peacefully on December 8, 2022, after succumbing to a head injury. He was 82 years old. Born in Biella, Italy, Paolo graduated as a structural engineer before joining the family real estate business in Torino, undertaking construction projects throughout Italy and abroad. Paolo married his wife Paola and went on to have daughter Sabina and son Walter before immigrating to Canada in 1977, looking for a better place to "grow" his children, as he liked to say. In Vancouver, Paolo founded Novam Development with his brother and business partner Guido, a company they built over the years into a successful real estate enterprise that pioneered the restoration of heritage buildings in Downtown, Gastown, and Yaletown. Through the 1990's Novam transformed brick and timber and neoclassical buildings into upscale office and retail spaces, redeveloping many of Vancouver's well-known architectural heritage landmarks. The Pela brothers' endeavours included many notable residential, retail and commercial developments. Paolo's advocacy for the preservation of architectural heritage in Vancouver extended through his involvement as part of Vancouver's Heritage Commission and was influenced by his love of classical music and Italian baroque architecture. Indeed, Paolo valued his Italian heritage and Vancouver's connection to Italy, becoming the first founding President of the Italian Chamber of Commerce in Canada. He was active with the organization for many years, and annually traveled to Italy where he loved to spend summers with family. Paolo is survived and mourned by his wife Paola, brother Guido (Laura), daughter Sabina (Terry), son Walter (Vanessa), nieces Elizabeth (Randy) and Silvia (Chris), and grandchildren Olivia, Oscar, Melika and Anya, as well as numerous relatives in Canada and Italy. Paolo's strong ethics, generosity and genuine interest in people made a lasting impression on all those that he met. He will be remembered for his passion and love of life, and his kind, authentic and colourful character. Funeral services will be held at Christ the Redeemer Church, 599 Keith Road, West Vancouver, on December 20th at 11:00 am with a reception to follow. In lieu of flowers please consider a donation to Lions Gate Hospital Foundation or other charity.
See more See Less

In Memory Of Paolo Rosazza Pela