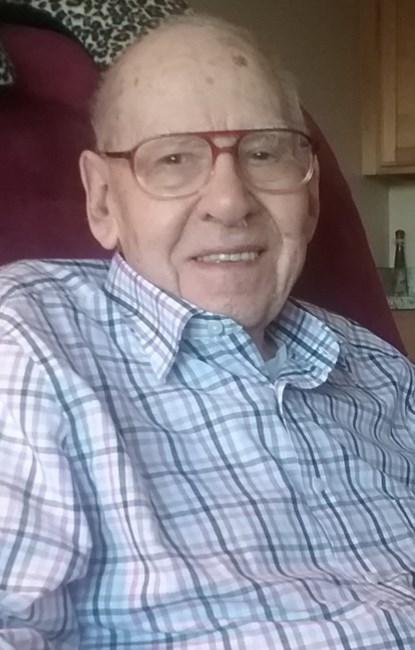 Constantin Bancioiu, age 95, of Avon Lake, Ohio passed away on Saturday, January 14, 2023. Constantin was born in Gary, IN. He is the beloved husband of the late Virginia (nee Miller) for 49 years. Son of the late Dumitru and Elena (nee Sandru) Bancioiu of Romania. Constantin was preceded in death by his sister Elena of Romania. He is survived by his dedicated and loving daughter Violet and son in law Frank Krempasky of Avon Lake and his sister in law Mary Hampu. Constantin is the cherished Uncle to many nieces and nephews and friend of many. Constantin was born in 1927 in Gary, Indiana where he lived until the age of 3. During the Great Depression his family returned to their home country of Romania. During his life in Romania, Constantin worked on the family farm and enjoyed tending to the animals eventually becoming a shepherd to approximately 600 sheep. Living in a country occupied by the Germans and the Russians during WWII he saw many things change as communism set in. After the war he was able to return to the United States at the age of 23 to move to Detroit, Michigan where he worked for various auto manufacturers including Chrysler for 7 years. From 1953 to 1955 Constantin served proudly in the US Army in the tank division at Ft. Knox, Kentucky where he also helped guard the gold deposits. He was honorably discharged with two medals of distinction as a Korean War Veteran in the summer of 1955. In 1958 he came to Lorain, Ohio where he began his career working at the Lorain Ford Assembly Plant as a relief man in the interior cushion division for the next 30 years retiring in 1989. Lorain was his home, where he and his wife Virginia who were married in 1964, raised their daughter Violet. Constantin enjoyed hard work, helping his family, being outdoors in his yard and tending to his garden at home growing tomatoes, cucumbers, zucchini, garlic, onions and dill over the years. He was a proud member of the UAW and the American Legion Post 211 in Avon Lake. All Services Private. Interment Ridge Hill Memorial Park. In lieu of flowers, the family asks that donations be made to St. Mary’s Romanian Orthodox Cathedral, 3256 Warren Road, Cleveland, Ohio 44111. Funeral services are private with burial at Ridge Hill Memorial Park, Amherst, Ohio. Fond memories and expressions of sympathy may be shared at www.corrigancraciunfuneralhome.com for the Bancioiu family.
See more See Less

In Memory Of Constantin Bancioiu