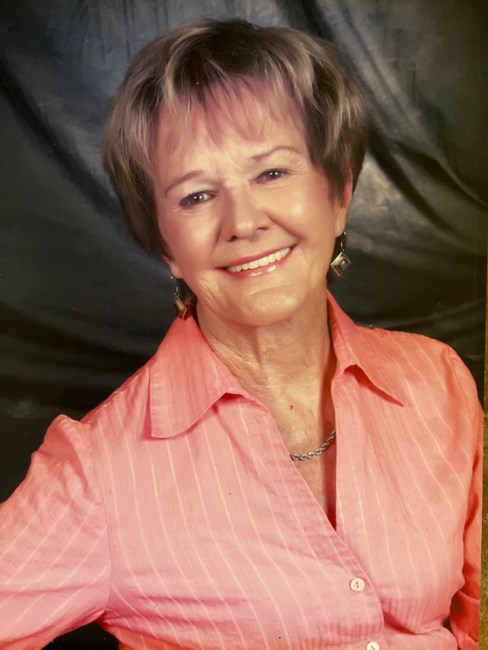 Janet K. Driscoll was born Janet Katherine Determan on August 28th, 1940, and left this world on May 4th, 2022. Janet, also known as Jan, was the youngest of Edward and Loretta (Spain) Determan’s 10 children. She was nicknamed “Jeep” by her siblings, as this car was “born” the same year, and could Go Anywhere! You could say, Jan was a “mover and a shaker”, she could complete more in an hour than most others! After Janet graduated from nursing school, she balanced marriage and family while serving as a registered nurse in Denver, CO, Marin General Hospital, in Marin County, CA, followed by an extensive tenure at Westhills Hospital, in Westhills, CA. She earned her bachelor’s degree in nursing, as well as certification in critical care. In 1999, as she served in the role of Director of Critical Care Unit, she was honored with the 1999, Frist Humanitarian Award, for her outstanding nursing care, leadership, and community service. Her husband of 43 years, Lee Driscoll, passed away at the age of 64, in 2005, due to the progression of a chronic blood disease called, Polycythemia Vera. At 65, after her successful nursing, educator, and administrator career, she retired. After retirement, she traveled back and forth between Truckee, CA and Tucson, AZ. She enjoyed a full schedule filled with friends, family, golf, tennis, travel, biking, hiking, walking, community volunteering, and occasional trips to a casino in Reno and Tucson areas. She enjoyed many years of travel and celebrations with her family and friends, especially her brother, Richard (Dick) Determan and her sister-in-law, Mary Determan. At 77, after surviving Colon Cancer, she was diagnosed with Progressive Supranuclear Palsy, which made it difficult to balance, walk, eat, and communicate. This disease robbed her of many activities we take for granted, but it never robbed her of her bright and beautiful smile. She was a bright light for all that had the opportunity to meet her! She is survived by her four children and their partners/spouses, respectfully, Greg Driscoll and Jennifer Hye, Steve Driscoll and Estella, Mary Kay (Driscoll) Lowe and Ron Lowe, Mike Driscoll and Cathy Mitchell. Her grandchildren, Connor, Liam, Ryley, Dylan, and her great grandson, Nathan. A memorial mass will be held on Friday, September 30th, 2022, at 10:30 a.m., St. Paschal Baylon Church in Thousand Oaks, followed by burial at Pierce Brothers, Westlake Village.
See more See Less

In Memory Of Janet K. Driscoll