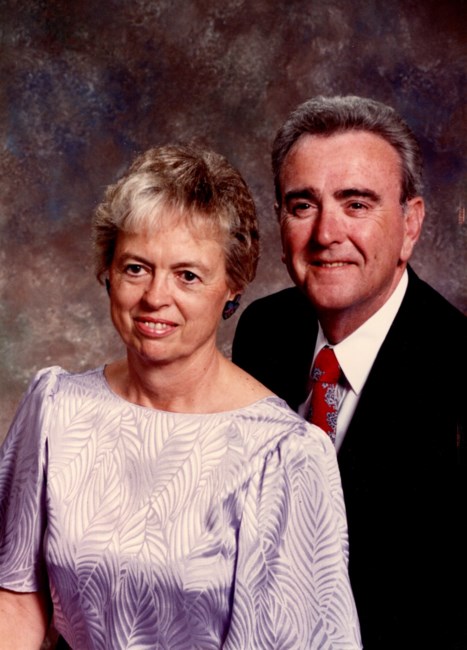 On August 1, 2022, Loretta Diane (Buteyn) Dinardo passed away at the age of 88. Loretta was born on May 31, 1934, in Santa Monica, California, to Clara and Jerome Buteyn. She graduated from Saint Monica Catholic High School in 1951 and married Michael William (Bill) Dinardo on January 9, 1954. Loretta is survived by her daughter, Jeanne, two sons, Mike and Bill, six grandchildren, and two great-grandchildren. Loretta was preceded in death by her husband Bill. Loretta was known for her sense of humor, especially her ability to laugh at herself. She loved jokes, the cornier the better. She was an expert card player and enjoyed playing bridge with her many girlfriends. Loretta worked in the counseling office at Nobel Junior High School in Northridge, California, for 20 years, eventually being promoted to senior clerk typist. Over the years, Loretta developed a talent for woodworking, creating pieces that will be passed down from generation to generation as treasured keepsakes. Loretta lived her entire life in California. In March of 2020, she moved to a retirement facility in Merced, California, where Jeanne and her family live. Despite the restrictions of COVID-19, Loretta made many new friends within her community. She was always gracious, warmly greeting new residents and taking a genuine interest in their lives. In 2022, Loretta moved to Terrie’s TLC Senior Living, just blocks away from Jeanne’s home. Terrie and her dedicated staff of compassionate caregivers cared for Loretta with kindness and devotion, always preserving her dignity. The Hinds Hospice staff pro- vided care and support in Loretta’s final days. Loretta was a devout Catholic with an unwavering devotion to the Blessed Virgin Mary. Faith and family were always Loretta’s first priorities. She will be remembered as being selfless and generous, putting others’ needs before her own. A funeral service will be held on August 25, 2022, at Pierce Brothers Valley Oaks Memorial Park, 5600 Lindero Canyon Road, Westlake Village, California, at 2:00 p.m. A reception will follow at the Elks Lodge, 158 North Conejo School Road, Thousand Oaks, California.
See more See Less

In Memory Of Loretta Diane Dinardo