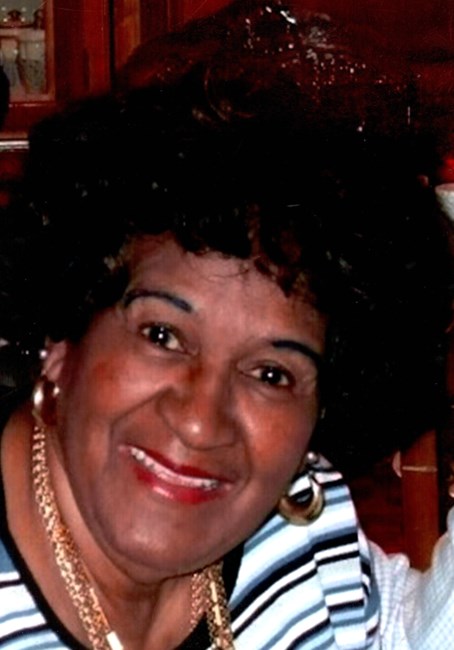 Eleanor Dorothy Brown was one of 6 children, born to Ophella & Robert Cotton. She was the 2nd to the oldest of the 5 sisters and one brother. Eleanor was born on April 29th, 1937, in New York City. She was educated and graduated from Paterson school system. Also, was an avid reader. Eleanor was very popular, often her friends would come to the house to eat. She was a good cook! She always took pride in her appearance, was very particular about her clothes & her hair. In 1953 she caught the eye of Fred Jacob Brown Sr, their friendship blossomed into a happy marriage in November 1954. The union of this marriage produced 4 children, Fred Jr, Derek (deceased) Teresa & Gregory. In June of 1967, Eleanor & Fred moved from Paterson NJ to Westwood NJ. Where they continued to raise their children and became members of Mount Zion Baptist Church. Eleanor went to school for Dental Hygienist, also worked as a caterer for many social events. She was also a Home Health Aide, until she became a full-time employee at Pascack Valley Hospital in Westwood as a Dietary Technician. She worked there for 20 years, until she retired. She resided in the Westwood House for over 20 years, she was very well known and loved. Over and over people would say how infectious her smile was and that laugh would just make your day. She loved her family, was always there for her children, her sisters, and her grandchildren. Eleanor was quite the fashion queen, elegant and fashionable. She lived a good life! She had some health challenges, but always managed to bounce back. Near the end of her last illness, she grew tired and was ready to get her wings. ~Eleanor leaves behind to cherish her memory~ Sons: Fred Jr (Dobbie) (Daughter in – law Cynthia), Gregory (Daughter in – law Anna) Daughter: Teresa (Son in – law Richard) Her Sisters: Gloria Thomas, Olivia Gary, Linda Cotton (Lea) Brother in – law: Leroy Harris Nieces: Patricia Gary & Colleen Davis Nephews: Allen & Adrian Thomas, Dorian Williams & Jeffery Cotton Grandchildren: Shawn (Percell) & Andre Brown & Tanisha Brown-Oliver, Gregory & Anthony Brown, Javon & JonTá Fuller Great Grandchildren: Deja, Shawn Jr & Cory Brown, Imani, Elijah, & Michael Oliver, AJ, Aiden & Andre Jr Brown, Jaiden Lewis- Brown, Aiden Bailey, Tristian & Adeline Brown ~Pre- Deceased~ Husband: Fred Jacob Brown Sr Son: Derek Brown Brother: Henry Cotton Sister: Kathrine Cotton Along with a host of family members & friends
See more See Less

In Memory Of Eleanor "Dot" Brown