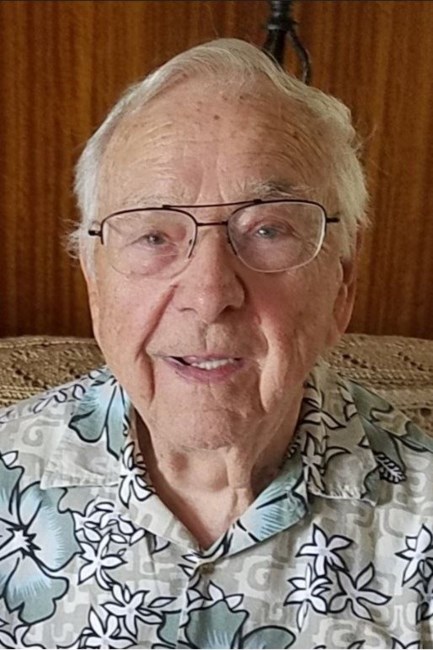 It is with great sadness that Michael S. Hawran of Wethersfield, Connecticut and formerly Melbourne, Florida, passed away peacefully September 14th, 2022 at Saint Francis Hospital surrounded by family. His beloved wife of 61 years, Lois (Olsowy) Hawran is greeting him now in heaven. Michael was an Air Force veteran of the Korean War with his brothers Fred, John and Stephen. After the war, he continued his passion of flying, taking trips with his wife, family and friends in a Cessna 172 airplane. He would fly his “guests” to Block Island for a fish sandwich. Speaking of food, he loved going to the Texas Roadhouse, Cracker Barrel, Olive Garden and The 99 for either steak, lobster or both. Michael retired in 1992 from Carling Technology of Plainville following his previous career at Royal Research and Development. Michael was a life-long member of the Martin Anderson Sr. chorus in Rockledge Florida, bringing joy to many, especially singing, “Today is a birthday I wonder for whom?” He also enjoyed spending time with his beloved family, always with a smile on his face and playing his harmonica for all to enjoy, especially on birthdays.On October 18, 2014, Michael traveled to Washington D.C. where he had the wonderful opportunity to be honored as part of the Space Coast Honor Flight in recognition and to thank him for his service to our country. When he wasn’t surrounded by friends and family, he was busy as an usher for the Merritt Island Playhouse and a volunteer at Wuesthoff Hospital. He leaves behind his devoted sister Sophia Sharkevich, of Wethersfield, with whom Michael resided; his brother Frederick Hawran, Sr. and wife Judith of Windsor; his brother-in-law Edward Michaels of Southington; and his Godchildren Robert Sharkevich, Sr., Frederick Hawran, Jr., and Bernice Dixon. He also leaves behind many, many nephews, nieces, great-nephews and nieces, and great-great-nephews and nieces, and a dear friend Helen Kurys. He was predeceased by brothers and sisters, Veronica Cwikla, Mary Ann Michaels, John Hawran and Stephen Hawran. A Mass of Christian Burial will be celebrated at 11 a.m. on Monday, September 26th at the Church of Incarnation (Christ the King Parish), 544 Prospect St., Wethersfield. Burial with Military Honors will follow at Mt. St. Benedict Cemetery, Bloomfield. The family will receive relatives and friends from 9:00 to 10:30 a.m. on Monday morning at the D’Esopo Funeral Chapel, 277 Folly Brook Blvd., Wethersfield, prior to the Mass. The family requests masks be worn. In lieu of flowers, donations in Michael’s memory may be made to The American Heart Association, P.O. Box 840692, Dallas, Texas 75284. For online condolences, please visit www.desopofuneralchapel.com
See more See Less

In Memory Of Michael Hawran

Church of the Incarnation