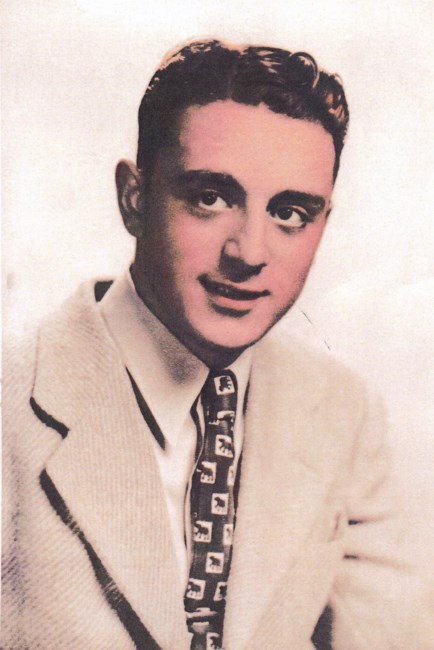 It is with a heavy heart we announce the passing of Santo “Sam” Salvatore Agostino on January 18, 2023. Sam was the beloved husband of Barbara Marie (Mastrandrea) Agostino for 70 wonderful years. Sam was born on July 29,1929 in Hartford and was the son of the late Paul and Lucy (Uccello) Agostino. He grew up in Hartford, graduating from Weaver High School. After graduation Sam enlisted in the U.S. Army and served with the 3rd Armored Division and was called back to active duty during the Korean War. Upon being honorably discharged, Sam attended and graduated from Bryant College with a Masters Degree in Business. Sam worked for the U.S. Postal Service for over 30 years of dedicated service and was a lifelong member of the National Association of Postal Supervisors. He also was an active residential and commercial real estate agent for 45 years, recognized as a Top Agent for 10 years. Later in life, he joined the Hoffman Auto Group where he was loved by all who worked with him and he made many friends. Sam received the Patriotic Service Award given by the U.S. Department of Treasury in Recognition to the U.S. Savings Bond Program and he received a Certificate of Appreciation for his generous support in assisting People with Disabilities. Sam was a longtime N.Y. Yankees and N.Y. Giants fan and he enjoyed his weekly poker games at the casino. Most of all, Sam was a loving and devoted husband, father and grandfather. His true happiness was his time spent with his family, sharing stories and making memories. Along with his wife, Sam sadly leaves his beloved children, Paul Agostino and his wife Angela, Thomas Agostino and Ann Marie Schumsky all of West Hartford. He also leaves his cherished grandchildren, Barbara, Roseann, Steven, T. Jay, Gina, Brad, Teresa and Lucy along with his 6 precious great grandchildren. His family is heartbroken, and will miss the Patriarch of their family. In addition to his parents, Sam is predeceased by his sister Nellie Agostino and his son-in-law, Roman Schumsky. The family will receive relatives and friends from 9 to 10 a.m. on Tuesday, January 24th at the D’Esopo Funeral Chapel, 277 Folly Brook Boulevard, Wethersfield. The funeral procession will leave at 10:15 a.m. for a Mass of Christian Burial at St. Patrick Church, 110 Main Street, Farmington. Entombment will follow at Cedar Hill Cemetery, Hartford. In lieu of flowers, donations in Sam’s name may be made to the DAV – Disabled American Veterans, P.O. Box 14301, Cincinnati, OH 45250-0301. To share a memory of Sam with his family, please visit www.desopofuneralchapel.com.
See more See Less