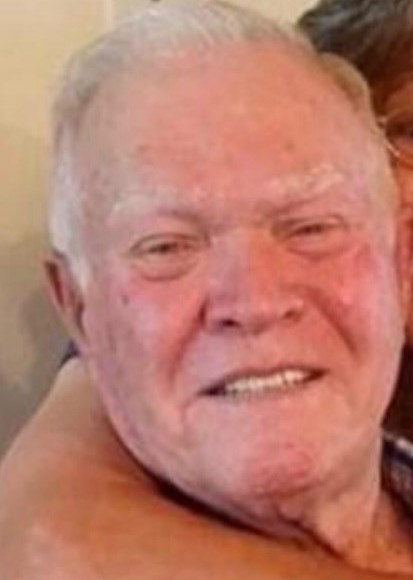 Billy Gene Hopper of Wichita Falls passed from this life on September 28, 2020 at the age of 86. Bill was born on April 11, 1934, in Floydada, Texas, to Eugene V. Hopper and Hazel Dale Steadham Hopper, and made Floydada his lifelong home until just over ten years ago. He farmed his land all of his life until the 1980’s, growing cotton, maize, and soy beans. He laughed at his great idea to plant two hundred acres in pinto beans one year, as he found himself going to every business both large and small to get the beans off his hands! He loved his land and was from the era of sealing a deal with only a handshake. He grew up attending the Baptist Church, Trinity Assembly Church, and the Cowboy Church of Henrietta. Bill enjoyed the simple country life with hard work from sunrise to sunset. He attended school in Floydada and left early to join the US Navy, and proudly served his country for four years. He married the love of his life, Elena Clairesse Barkowsky on June 16, 1955. She preceded him in death on October 30, 2008. Bill enjoyed life and he lived it well. He loved fishing, and made certain he always found a good fishing buddy to make the trips more interesting. His son David was the chosen buddy on many occasions, and Bill loved catching catfish and then having family fish frys. He was a pretty good cook, too. A close tie to his love of catching fish was dancing. Could he ever cut a rug on the dance floor! He was one good dancer, and managed to go dancing at least three times every week. He could be found dancing at Fifty Plus, the Red Door, and in Bowie at the Silver Strings. Dancing surely put a big smile on his face. Bill loved his children, grandchildren and great grandchildren, and time spent with family was precious to him. He is preceded in death by his parents; his son Clifton DeWayne Hopper; sister Ann Harkey; nephews Lane and Mackey; and niece Rexanna. Those remaining to cherish his memory are his wife Barbara Jane Parr Barnett; daughter Janis Louann Campbell and husband David; son David Gene Hopper and wife Cheryl; stepson Kris Barnett; sisters Francis Poole and Debbie Hunter; grandchildren John David Campbell, Angie Duncan, Morgan Shattuck, Brandon Gene Hopper, Rusty Hopper, and Kallie Ann York; great grandchildren Reagan, Brooke, Lane, Addyson, Avery, Jaxson, Jayden, Jill, Axie, Laken, Grayson, Haisley, Derian, and Miles. A celebration of Bill’s life is scheduled for Saturday, October 3 at 1:00 PM at Dougherty Cemetery, with visitation from 12:00-1:00 PM. Masks will be required during presentation of Navy Honors. The family requests in lieu of flowers memorials may be made to 50 Plus Zone. Online condolences and memories may be shared at www.hamptonvaughancrestview.com.
See more See Less

In Memory Of Billy Gene Hopper