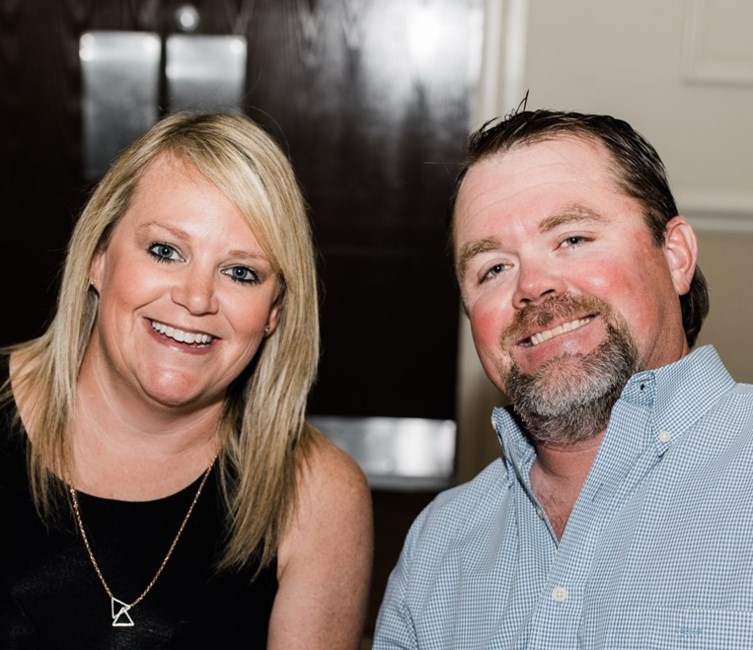 Brandi Michelle Wilson, age 42, of Wichita Falls passed on September 13, 2022. She was born on April 27, 1980 to Gary and Susan Freudiger in Shattuck, Oklahoma. Growing up in Wichita Falls, Brandi attended Rider High School and was an officer in FFA where she showed pigs and heifers and played soccer. She graduated in the class of 1998, and then went on to graduate from Vernon College with a Business Associate Degree. All her life, Brandi had a servant’s heart, devoting time to her children and community. Most notably, Brandi volunteered for Holliday ISD for nearly ten years. The joy of Brandi’s life was her family, and she was rarely ever seen without a smile. She was always the first to offer to host and loved organizing Bunco, Bingo, and puzzle nights. Chad Allen Wilson, age 42, of Wichita Falls passed on September 13, 2022. He was born on February 8, 1980 to Jack and Pam Wilson in Amarillo, Texas. Chad spent his early childhood years in Pampa, Texas before moving to Wichita Falls where he attended Rider High School and played golf. He graduated in the class of 1997. Chad had many different interests. He was an avid hunter and fisherman, frequently found to be doing these activities with his sons and friends. Chad also had a passion for flying. His friend of 30 years, Jason Creacy, described him as the best family man he has ever known. His kids fondly remember him grabbing what he would call his “Chad sized” ice cream, a full pint, and devouring it in one sitting. Chad and Brandi were friends in high school and later connected in their early twenties. Chad and Brandi were married on April 26, 2003 in Wichita Falls, Texas. They established their life together in Wichita Falls where they raised their four children and built a successful business, Wilson Contracting, which is celebrating 15 years this October. Chad was preceded in death by his mother, Pam Wilson. Brandi was preceded in death by her father, Gary Freudiger. Chad and Brandi are survived by their parents Jack Wilson and Susan Freudiger; their children Taylor Morgan, Colton Chad, Carli Michelle, and Caden Marshall; and their siblings and nephews Curtis, Rosa, Cameron, and Tanner Wilson, and Trey, Kelli, Branson, and Bauer Burney. Memorials may be made to Harvest Food Ministry, Holliday ISD PTO, or Hospice of Wichita Falls. Fond memories and expressions of sympathy may be shared at www.hamptonvaughancrestview.com for the Wilson family.
See more See Less

In Memory Of Chad and Brandi Wilson