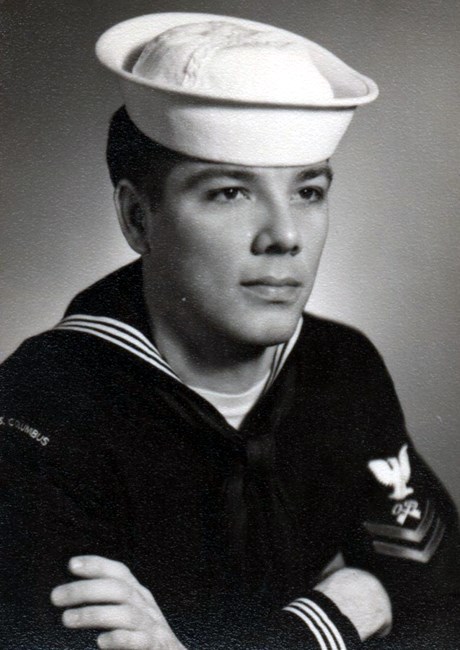 Garon Jones, age 84, of Wichita, Kansas passed away on Wednesday, May 11, 2022. Garon was born the son of Julius and Ruth Jones on May 24, 1937 in Twin Falls, Idaho. Family moved to Mindenmines, MO as a young boy, where he attended school up until his Junior year of high school. During the summer of his Senior year, the family moved to Wichita, KS where he attended Plainview high school and graduated in 1955. He excelled in sports where he lettered in basketball, baseball and track. After graduating from high school, Garon enlisted in the United States Navy in 1955 and was a storekeeper on the USS Columbus. He served 4 years in the Navy and left the service as a 1st Class Petty Officer. Garon was set up on a blind date by his friend George Shope and six months later Garon and Ardith (Loder) married on December 3, 1960 in Marquette, KS. They had a son, Baron in January of 1968, and a daughter, Brandi in April of 1971. While raising a family, Garon worked in sales at Crane Supply Company which later changed its name to Hajoca Corporation, retiring in 2008 after 48 years. He was a dedicated and hard worker who took great care of his customers. They had great respect for him, his work ethic and attention to details. Garon had a love of motorcycles and WSU Shocker basketball. He enjoyed riding his many motorcycles or tinkering with them in the garage. He would get motorcycle magazines in the mail and read and reread them, collecting them to look at again. Garon was a season ticket holder for the men's Shocker basketball team for over 40 years and would never miss a game. In the rare instance that he could not make it, you would find him with his headphones on listening to the game. Garon also loved going to his grandchildren's athletic events, concerts and programs. Preceding his death was his wife Ardith of 58 years and his parents. He is survived by his son Baron (Barbara) Jones of Andover, daughter Brandi Nash of Salina, sister Brenda (Robert) Brown of Lee's Summit, MO, grandchildren Aaron and Skyler Jones and Delaney and Madelynn Nash. A Celebration of Life service for Garon will be held Wednesday, May 18, 2022 at 2:00 PM at Lakeview Funeral Home, 12100 E 13TH ST N, Wichita, KS 67206. In lieu of flowers, contributions in Garon's memory may be made to Kansas Humane Society, 3313 N Hillside St, Wichita, Kansas 67219 and The Salvation Army, 350 N. Market St., Wichita, KS. Fond memories and expressions of sympathy may be shared at www.MyLakeviewFuneralHome.com for the Jones family.
See more See Less

In Memory Of Garon J. Jones