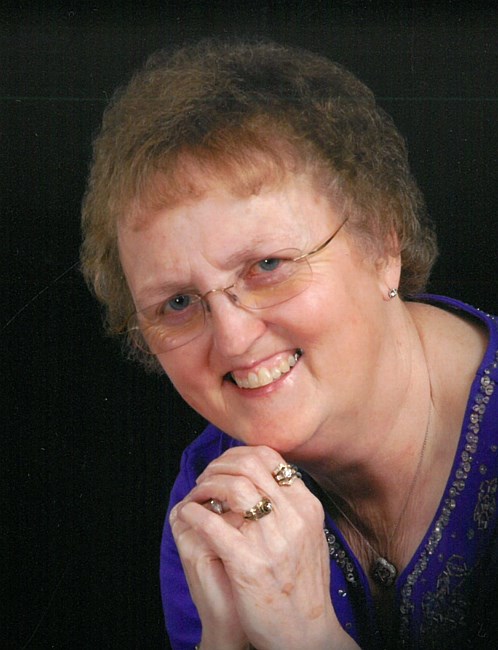 Gloria Jeanne Forsythe, age 80, passed away on Sunday, August 7, 2022. Gloria was born on April 20, 1942 in Winfield, Kansas the daughter of Kirby Paul and Mary Lou (Doramus) Barnes. On March 30, 1959 she married James Dale Forsythe, in Wichita, Kansas. He died on June 11, 1994. Gloria was also preceded in death by her mother, father and a brother, Ronald Barnes. Survivors include her daughter, Tammy and husband, Randy Lind; her son, Kelly Forsythe and wife, Dawn; grandchildren, Joshua Lind (Ashley), Caleb Lind (Kayla), Carrie Forsythe (Abby), Nathan Lind (Amee) and Preston Forsythe (Devon); great grandchildren, Aubrey Lind, Hudson Lind, Brynlee Lind, Warner Lind, Cooper Lind, Henry Forsythe, Lyla Lind, Peter Forsythe, Eden Lind and Daphne Lind. Gloria lived most of her life in the Wichita area and was involved in a variety of vocations which included being a pediatric nurse, an owner/operator of a craft shop, and an activities director at two different nursing homes. Later in life her love of children led her into having a daycare in her home, and working with children in an elementary school as a paraprofessional educator. However, Gloria was most passionate about her family. Her devotion to her husband, children, grandchildren and great grandchildren was always evident. A visitation for Gloria will be held Sunday, August 14, 2022 from 3:00 pm to 5:00 pm; funeral service will occur Monday, August 15 at 10:00 am, both at Resthaven Mortuary, 11800 West Highway 54, Wichita; graveside service will occur immediately following at Resthaven Gardens of Memory, Garden of the Gospels. A memorial has been established with the First Christian Church of Haysville and the Kansas Humane Society. Fond memories and expressions of sympathy may be shared at www.ResthavenMortuary-Cemetery.com for the Forsythe family.
See more See Less

In Memory Of Gloria J. Forsythe