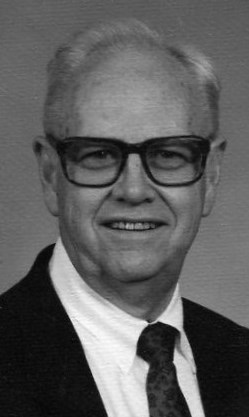 Albert "Al" Golding passed away quietly on Monday, November 20, 2017 after a long battle with Parkinson's disease.

Born in Charlottesville, Virginia, Al spent much of his time learning the history of his family and having many adventures at the "farm" called "Wheatland" in Buckingham County, Va. which had been in the family since the late 18th century.

Al interrupted his studies at Randolph Macon College joining the United States Navy in 1951 and served in the Atlantic Fleet onboard the USS Columbus until he was Honorably discharged in 1955. That same year, he married the love of his life and wife of 62 years, Mary Vivian Smith (Golding) originally from Birch Grove, Cape Breton, Nova Scotia, Canada.

Al and his bride moved to Williamsburg, Virginia in 1956 and became members of the United Methodist Church. A year later, he finished his studies and received a Bachelor of Arts in Economics from Randolph Macon. During this time he began his career with the Virginia Department of Health. A tenure that would span 39 years and included food sanitation and a subject he truly loved which was shellfish sanitation. In that capacity, Al was deeply involved in legislation that promoted clean water, healthy oyster and crab populations as well as marina pump-out systems.

After retiring in 1996 and taking off his watch because "I don't need to know what time it is anymore", he made time to volunteer with the Colonial Williamsburg Foundation where he spent ten years at the archeology lab guiding visitors through the maze of artifacts and then current excavations.

Al was also an actively involved in various church groups including Methodist Men, Fellowship Sunday School and Bible Study as well as being available as the church needed.

Al enjoyed jazz and swing music, the plants and animals that visited the home he lived in, and traveling. He was a true "road warrior" having driven to Richmond, Va. or points elsewhere for work on a daily basis. He was also the driver for the yearly trips to Cape Breton to visit his wife's family and cherished the journey in spite of flat tires and the Pugwash incident.

Al was preceded in death by his parents, Albert F. Golding Sr. and Mary Richardson Golding as well as his youngest son, Darrel Harris Golding. Al is survived by his wife Mary Vivian Golding and son Jeffrey Allen Golding.

A 2PM memorial service will be held on December 9th at Williamsburg United Methodist Church.

The family requests that in lieu of flowers, donations be made to the Parkinson's Foundation or the Williamsburg United Methodist Church. Online condolences may be shared at www.nelsenwilliamsburg.com.

In Memory Of Albert Franklin Golding