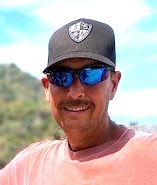 Arthur Charles "Artie" Hilstrom III, 51, born and raised in Williamsburg, Virginia, passed away September 15, 2022. He was preceded in death by his father-in-law, David Hopper; his grandfathers, Calvin Dean and Arthur Hilstrom; and his grandmother, Lois Hilstrom. A true patriot, Arthur proudly served his country in the U.S. Army, earning several medals and ribbons. Following his service, Arthur worked as a Cable Splicing Technician for Verizon. A devoted family man, he loved spending time with his family and children, above all else. Arthur enjoyed being a Mason and member of Chickahominy Lodge #286. An avid outdoorsman, Arthur enjoyed fishing, boating, and the beach. He was active in wildlife preservation, especially through Ducks Unlimited and preserving the wetlands. He could often be found supporting the kids as they played lacrosse, cooking, and making everyone laugh. Arthur is survived by his wife, Michelle; his son, Logan; his daughter, Alexis; his parents, Arthur and Jessie, and his mother-in-law, Barbara Hopper. He will also be missed by his sisters-in-law, Christine (Don) Jacobs and Jaclyn (Chris) Johnson; nephews, Cameron and Gavin; his dog, Marlee; as well as countless other family members and friends. The family will receive friends on Thursday, September 22, 2022 from 6-8:00pm at Nelsen Funeral Home, 3785 Strawberry Plains Rd, Williamsburg, Virginia. Memorial contributions may be made to Ducks Unlimited, www.ducks.org/donate or the Hospice of Virginia, www.hospiceofvirginia.com/donate/.
See more See Less