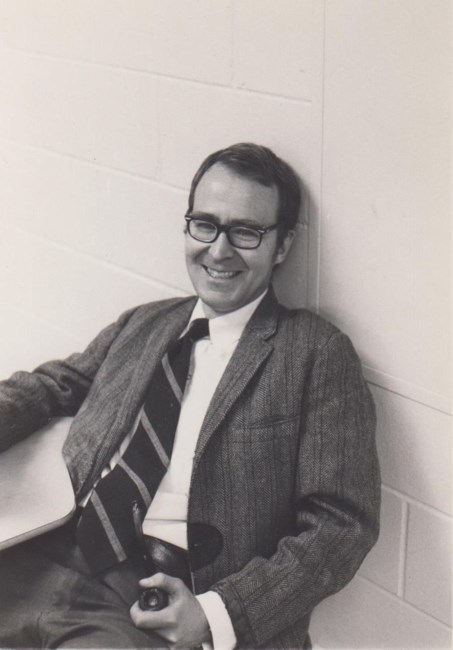 Gilbert B. Kelly died on July 18, 2017 in Williamsburg surrounded by his family. Gil was born in Omaha, Nebraska on February 24, 1939. He attended Grinnell College and the University of Nebraska-Omaha for his undergraduate degree in Classics and the University of Nebraska-Lincoln where he received his Ph.D. in English. Gil taught English at Bluefield College and the University of Nebraska before becoming a book editor at the University of Nebraska Press. In 1984 he moved to Williamsburg where he became Managing Editor of Book Publications for the Omohundro Institute of Early American History and Culture on the William and Mary Campus. At the Institute Gil edited important books for Early American History scholars for over thirty years. He also trained many students in the art of meticulous editing in the Institute's apprentice program. Gil was known for his eccentric wit, his music library, his collection of old typewriters, and his notorious old automobiles over the years, including two Austin Healeys, a Peugeot, two Volvos, and, most recently, a Porsche. Gil is survived by his daughter, Heather Hobgood (and her husband Brandon), by his two sisters, Lynne Chesire and Colleen Sariscsany (Jim), and many nephews and nieces. A celebration of Gil's life will be held in Omaha at a later date for family and friends. Online condolences may be offered at www.nelsenwilliamsburg.com.
See more See Less

In Memory Of Gilbert Bruce Kelly