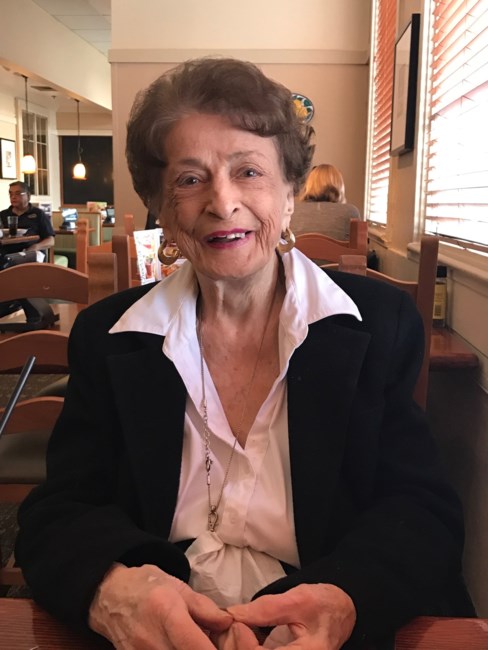 Irma Miller Fields, widow of Dr. Joseph E. Fields II and a resident of Willliamsburg, VA, passed away on December 7, 2017. She was born August 1, 1921 to George & Kathryn (Wilhelmi) Miller in Bancroft, Iowa.

She was a 1939 graduate of St. John’s High School in Bancroft, Iowa and attended the St. Anthony Hospital School of Nursing and earned a nursing degree. She later earned a degree in medical technology from the Morrison Clinic in Carroll, Iowa. She founded the Joliet Clinical Laboratory in Joliet, IL and operated it for more than 25 years. In 1971 Dr. & Mrs. Fields moved to Williamsburg to open an Obstetrics & Gynecology practice. As avid antiques collectors they opened the Golden Lion Antiques shop on Jamestown Road in Williamsburg. They also hosted Bed and Breakfast guests from all over the world in their home, Chantilly, in Queens Lake. Mrs. Fields loved her family, dear friends, cooking, gardening, needlework, and her Lhasa Apso & Shih Tzu dogs, Sheba & Sammy.

Memorial services will be held on Monday, December 11 at 11 AM at St. Bede Catholic Church, 10 Harrison Avenue, Williamsburg, VA.

In lieu of flowers, memorial contributions may be made to the Heritage Animal Shelter, 430 Waller Mill Road, Williamsburg, VA. Friends are encouraged to visit a garden and enjoy the flowers, or some chocolates in memory of Mrs. Fields.

In Memory Of Irma M. Fields