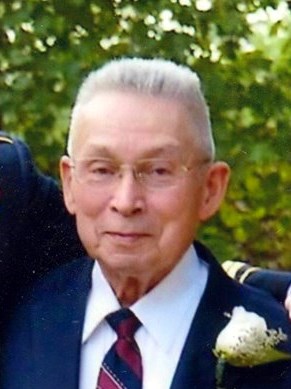 Master Sergeant (retired) Jan Willem “Dutch” Wierenga of Williamsburg, VA passed away peacefully on Monday, 9 January 2023, after having suffered a stroke on Christmas Day. He was 86 years of age. Dutch was preceded in death by his wife Cathy B. Wierenga, his parents Emil and Carolina, his brothers Joop, Miel, and Onno, and his sister Patricia. He is survived by his wife Kathy D. Wierenga, his sister Millie and niece Millie, both of Amsterdam, Holland, his daughter Dina and son-in-law Bob, his grandsons Bradley and Nathan Byrd, his granddaughter-in-law Michelle, great-granddaughter Mikayla, and his best buddy “Tucker.” Dutch was born in the Dutch East Indies (Indonesia) on July 31, 1936. After a particularly harrowing childhood there during and immediately after World War II, he emigrated to Holland in 1955 and served an enlistment in the Dutch Army. He emigrated to America in 1960, becoming a naturalized U.S. citizen. He then embraced an extraordinary life of patriotic service to this country. He enlisted in the U.S. Army in 1962, and became a paratrooper. In due time, he joined the Special Forces (Green Berets), eventually rising to the rank of Master Sergeant. He served three tours in combat in Vietnam, earning a Silver Star, four Bronze Stars and the Purple Heart. Among his many military assignments, Dutch served as a Reconnaissance Team Leader in the legendary MACV/SOG, a Special Forces Team Sergeant, a HALO parachuting instructor, First Sergeant of the Special Forces Training School, and he was the Senior NCO at the founding of the Survival, Evasion, Resistance and Escape (SERE) program. Dutch retired from the Army in 1986, and began a 36-year career with the Central Intelligence Agency, serving both as a Paramilitary Operations Officer and later as a contract training instructor. He finally fully retired from this service in Spring 2022, sixty years after he first enlisted in the defense of America. Despite his bravery and superb military skills, Dutch was a friendly, kind and generous man. He lived his life of extraordinary deeds with a quiet but unmatched devotion to duty and he moved through the world with grace and humility. He will be sorely missed but never forgotten by everyone who knew him. A visitation will be held on Thursday, January 12, 2023 at Nelsen Funeral Home, Williamsburg, VA from 4:00 pm to 8:00 pm. A service will follow on Friday, January 13, 2023 at Nelsen Funeral Home at 2:30 pm with a reception taking place after. Final burial at Arlington National Cemetery at a time to be determined. In lieu of flowers, the family requests that donations be made to the Heritage Humane Society of Williamsburg. Online condolences may be shared at www.nelsenwilliamsburg.com.
See more See Less