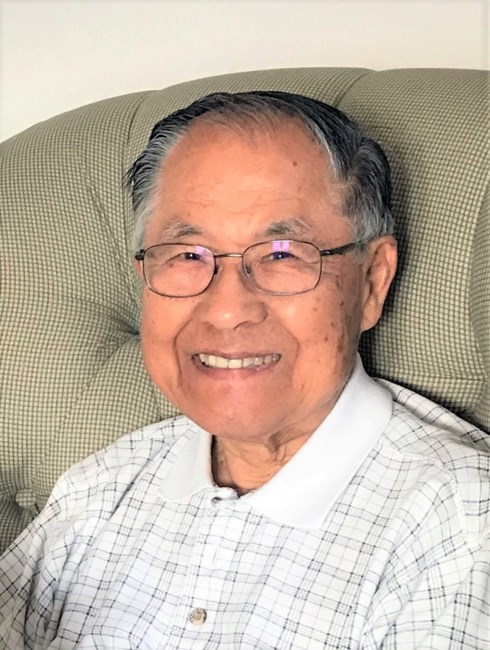 Satoshi Ito, 84, died Wednesday, January 19, 2022, in Williamsburg, Virginia, the city he called home for 57 years. Satoshi was born in 1937 to Sam Shigeru Ito and Mary Mario (Kasukabe) Ito. He grew up in Gardena, California, except for the three years of his childhood when the family was forced, along with thousands of other Japanese Americans, to live in an internment camp in Rohwer, Arkansas. He graduated with honors from Leuzinger High School in Southern California. After starting at El Camino Community College, he graduated from California State University, Long Beach. Satoshi earned his master’s and doctoral degrees in sociology at the University of North Carolina at Chapel Hill. In 1965, he began his career at the College of William & Mary where he met his future wife, Jeanne Abbott. They were married from 1968 until her death in 1985, and together had two children, Loren and Todd. In 1987, he married Carolyn True, and his family grew to include her children, Sarah and Betsey. At William & Mary, Professor Ito taught courses on Blacks in American Society, Sociology of Education, the Sixties, Advanced Sociological Theory, and also developed a course on American immigration. After his retirement in 2002, he taught classes on the Japanese American internment camp experience and recent American immigrants for the Osher Lifelong Learning Institute (formerly the Christopher Wren Association). Throughout his life, Satoshi was dedicated to the community around him. He served on the Human Rights Committee of Eastern State Hospital, the New Kent County Democratic Committee, the New Kent County Social Services Advisory Board, The Village Initiative’s Learning Support Committee, and volunteered with Habitat for Humanity and Grove Christian Outreach. Satoshi also co-chaired the Anti-Racism Commission of the Episcopal Diocese of Southern Virginia. He was an active member of St. Martin’s Episcopal Church where he served as junior warden, vestry member, and Stephen Minister. Satoshi is survived by his wife, Carolyn True Ito; his daughter, Loren Ito Hardenbergh (John Hardenbergh) of Washington, DC; his son, Todd Toshio Ito (Kirsten Leenaars) of Chicago, IL; his step-daughters, Sarah True-Marot (Michael Marot) of Greenwood, IN and Betsey True Costner (Richard Costner) of Myrtle Beach, SC; six grandchildren, Zachary, Caroline, and Andrew “AJ” Marot, Malcolm Hardenbergh, Ivey and Grant Costner; brother, Sam Osamu Ito (Stacy Kim) of Buckeye, AZ; and many nieces, nephews, and other relatives. He was preceded in death by his parents, his sister, Yemiko “Emi” Mukai, and his brother, Henry Manabu Ito. A celebration of Satoshi’s life will be held Saturday, April 2, 2022 at St. Martin's Episcopal Church, 1333 Jamestown Rd., Williamsburg, VA at 11AM. Satoshi believed in the transformative power of education, demonstrated both by his academic and community service interests, as well as his own life’s trajectory. In lieu of flowers, the family asks that contributions be made to the William & Mary Foundation and mailed to: P.O. Box 1693, Williamsburg, VA 23187. Checks should include “Satoshi Ito Memorial Scholarship Endowment” in the note section. Funds distributed from this endowment will be used to provide need-based scholarship support for undergraduate students at William & Mary, with a preference for first-generation students. Fond memories and expressions of sympathy may be shared at www.NelsenWilliamsburg.com for the Ito family.
See more See Less

In Memory Of Satoshi Ito