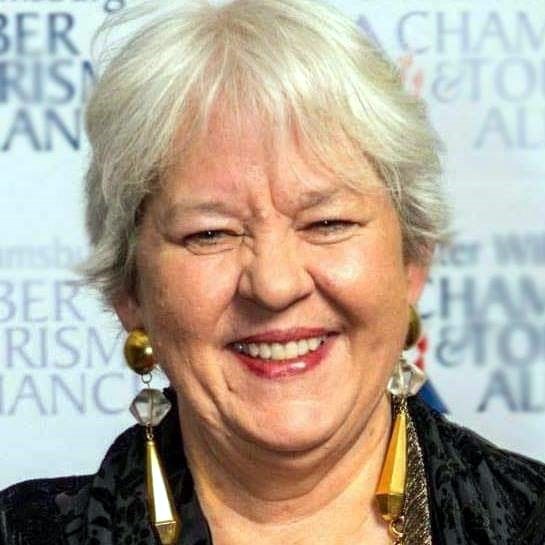 Susan Branch Smith, 67, died on August 4, 2022 following a brief illness. Susan, also known by her friends and family as Sue, Suze, Suzie-Q, and Aunt Sue-Sue, was a creative, compassionate woman with a brilliant mind who will be greatly missed by her family and friends. Susan lived the beginning of her life in the grand metropolis of Toano, Virginia. She was the second of three children born to A.B. Smith, Jr., a lawyer from Norge and Gwendolyn Slaight, of Yorktown, who died when Susan was just five. A.B. subsequently married Edwina Myers, who adopted the Smith children and raised them as her own. The family grew and moved to a home on College Terrace in the happening “big” city of Williamsburg when Susan was six. Susan spent her last 15 years in this family home. As a child, Susan was industrious, creative, and curious. She received a miniature theater for Christmas one year and spent hours creating and producing plays for the family, perhaps the beginning of her lifelong interest in movies and television. For a middle school project, she researched and wrote a paper about George Washington Carver, the agricultural scientist and inventor who developed more than 300 uses for peanuts. Lyn remembers that she could name almost all of those uses! Susan attended Matthew Whaley School and Hampton Roads Academy and went on to study English Literature at Washington College in Chestertown Maryland, where she wrote for the Queen Anne’s Record-Observer in Centreville Maryland. She later received her Master’s degree in Publications Design from the University of Baltimore. During her varied and extensive career, Susan wrote and edited for diverse media including books, television. newspapers and the web. She also produced and directed government, corporate, educational and documentary projects for websites and television. In the late '70s, Susan lived in Boston, working for Harvard University as a production assistant and as an assistant editor at MIT Press. She then moved to Maryland where she spent several years working for Maryland Public Television as a scriptwriter, producer, and publications manager. If you watched the Maryland Farm Show in the early '80s, you might even have seen Susan onscreen interviewing a pig farmer or comparing watermelon crops! For many years, Susan taught classes in scriptwriting, production and cinema at Goucher, Villa Julie, and Catonsville Community colleges. In Maryland, you may even have been lucky enough to attend one of her fabled parties on the Magothy River, where she entertained friends with beer, crabs, rowboats, kayaks, and lots of fun. Susan was active with many professional organizations. She served on the Board of Directors of the International Television Association, MD Affiliate, and as President of Women in Film & Video, MD Chapter. Susan moved back to Williamsburg in 2008, continuing her work as an independent writer, producer and director. Her many projects ranged from educational to corporate, to governmental, to medical to nonprofit. Over the years she was frequently recognized for her work and won several awards for her video contributions. Susan was nominated for an Emmy for a video she produced for WETA-TV, “Paid to Care.”! In Williamsburg, Susan was very active with and served on the Board of the Williamsburg Area Arts Commission. Susan had a lifelong interest in movies and television and could be counted on to remember any movie (the older the better), and every actor, actress or director. She was an avid reader and loved books, accumulating a diverse and interesting personal library. Susan was known for her quick wit and her quirky sense of humor, which she used to entertain her friends with daily Facebook posts. She also had a strong sense of justice and never hesitated to intervene on a friend’s behalf. Susan is survived by her mother, Edwina Smith, her sisters Lyn Poorman and Helen Oderisi, her brother A.B. Smith III, nephews Coleman Poorman, Dylan Poorman, Nolan D’Azevedo, and Daniel Oderisi, and nieces Nicole Klein and Silvana Oderisi, as well as two great-nieces Olivia Klein and Liliana Oderisi and a brand-new great-nephew Slaight Klein, plus a large extended family of cousins. Susan leaves her family and friends deeply saddened by her loss. To whom will (oh dear, shall?) we direct our grammar dilemmas now? Donations in Susan’s honor can be made to FISH, Inc. or Latisha’s House Foundation. A celebration of her life will be scheduled at a later date. Fond memories and expressions of sympathy may be shared at www.NelsenWilliamsburg.com for the Smith family.
See more See Less

In Memory Of Susan Branch Smith