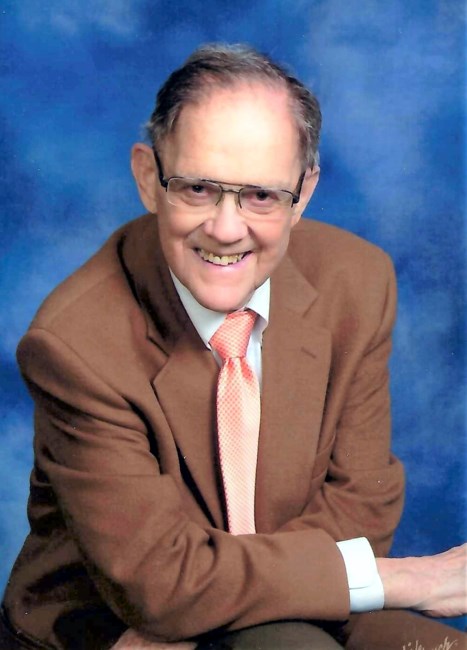 William Jay Mincks (“Jay”, “Jay Bird”), 95, passed away peacefully on Tuesday, April 5, 2022, at the Hospice House of Williamsburg surrounded by his family. Jay, the youngest of 5 children, was born on October 29, 1926, in Kent, Ohio, to Charles Briggs and Corinne Stowe Mincks. He grew up in Cuyahoga Falls, Ohio and attended Baldwin-Wallace College in Berea, Ohio. While in college he enlisted in the Navy and served for 2 years. When he returned to BWC, he met his future wife, Kathryn (Kay) Louise Stull, the most beautiful girl on campus and the Music Conservatory Queen. They married on August 20, 1949. After graduating, he joined McKesson & Robbins, Inc., selling patent medicines to retail pharmacies. From there he went to Rubbermaid, Inc., in Wooster, Ohio, where he rose through the ranks to become the Director of Marketing for their new division, Rubbermaid Commercial Products. One of his claims to fame is that he named their heavy-duty garbage can “The Brute”, which to this day remains the gold standard for trash receptacles in the commercial sector. In the early 1970’s he left Rubbermaid and started the W. Jay Mincks Co., a manufacturers’ rep agency for the food service and janitorial supply industries, representing such companies as Rubbermaid, Hamilton Beach, and Libby Glass in Michigan and NW Ohio. Jay brought in 2 of his nephews, and the company went on to become one of the most successful rep agencies in the country. His approach to the business was legendary in the industry and many of those he worked with credit his mentoring for their future success. After retiring in 1994, Jay and Kay enjoyed several months at a time in their beloved seaside town of Cascais, Portugal. They eventually settled in Florida, and after Kay died in 2013 he moved to the Williamsburg Landing in Williamsburg, VA, to be closer to family. There he became the self-proclaimed mayor, relinquishing the title only at his death. During Covid he began hosting regular, socially distanced “soirées” in the main lobby, which provided a much needed social outlet during the pandemic shutdown. With wit, prolific letter writing, and his amazing ability to remember names and faces he endeared himself to all he met. He loved Portuguese wine and Bridge and fancied himself an expert in both. Jay was preceded in death by his wife of 63 ½ years, Kay, daughter, Susan O’Brien, and granddaughter, Katy O’Brien. He is survived by his current soulmate, Nancy Ward, and his 2 sons, Jeffrey (Kym) of Colonial Heights, VA and John (Conny), of Williamsburg, VA. He has 14 grandchildren: Tom O’Brien, Jr. (Jennifer), Anna O’Brien, Amanda Jones (Greg), Margaret Ross (Scott), Corinne LeReche (Nick), Adam (Caroline), Talmadge (Lindsey), John, Christian, Grace, Emily Henry (Jeffrey), Rebecca, Jennifer, and Sarah. He also has seven great-grandchildren: William, Natalie, Gabby, Susie, Jackson, Ethan, and Mattie; as well as numerous nieces and nephews. A memorial service will be held at the Alvin P. Anderson Auditorium at the Williamsburg Landing on Monday, April 11th, at 11 AM. There will be a burial service at Sharon Moravian Church in Tuscarawas, Ohio, on Saturday, May 7th, at 11 AM. Online condolences and memories may be shared at www.nelsenwilliamsburg.com. In lieu of flowers, please consider a donation to the Hospice House of Williamsburg.
See more See Less

In Memory Of William Jay Mincks