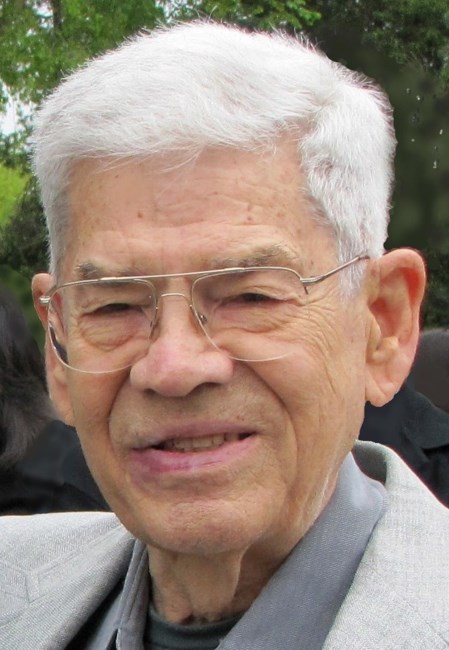 Ted Leroy Thompson of Williamston Michigan, passed away peacefully at home on September 24, 2022 at the age of 91. If you knew Ted there is a very good chance you knew him musically because, after his family, his music was his life. He was the Band Director for Williamston Schools from 1959-1985. During that time, he touched the lives of countless students, parents, teachers, faculty and the community. He was born on a farm in Freesoil, Michigan and started his education in a one room schoolhouse. He graduated from Scottville High School where he began playing clarinet in an organized band and never looked back. He graduated with his bachelor’s degree in music education and his master’s degree in woodwind performance from Michigan State University (then Michigan State College) in 1954. He shared fond memories of a two-week train trip with the marching band, across the country to the Rose Bowl performing to huge enthusiastic crowds at each stop along the way. He married the love of his life, Herma (Cook) in 1954 and started a family. He built up a well-respected and accomplished music program in Williamston. People asked him why he never left for something bigger and better. His response was always,” there is nothing bigger or better than doing what you love in a place that you love”. After he retired, he continued to perform in a variety of ensembles including the Leonard Falcone MSU Alumni Band trip to Italy in 1985. He also played in the Lansing Concert Band into his late 80's and the MSU Community Music School New Horizons band, conducted by his son, Larry. When Ted turned 90 on November 22, 2020, his family compiled a book of memories gathered from cards, e-mails, Facebook posts and more. He cherished that book beyond words. It made him realize that for each person who was able to contribute to that book there were many more whose lives he impacted as well. As one fellow teacher put it, “Your band students loved you because you not only gave them the gift of music, but you inspired them to be good people.” When not involved in music, Ted loved to build things; his first toy truck at the age of 4, his vast collection of model airplanes, remodeling projects around his house, and elaborate dollhouses and toys for his grandchildren. He took pride in his garden which was surrounded by the white picket fence he built. He would tend his garden all summer when he was not teaching during the school year. Summers were also filled by spending lots of time with his family and making road trips all across the country. During most of these activities you would find him listening, watching or attending Detroit Tiger baseball games. He was a lifelong fan. Ted is survived by his children. His eldest son Larry and his children Jeremy and Mara, his son Brad (wife Laurel) and their children Caroline Henry (husband Scott), David, Diana, and Eric and his daughter Christine Fuehr (husband Ralf) He was preceded in death by his wife Herma, brothers Russel, Ray, Charles and parents Lillie and William Thompson. Ted was fortunate that so many were able to share their stories with him before he passed (either in his birthday book or just stopping him on the street). If you would like to share your stories and remembrances of him with each other and his family, there will be a visitation at the Gorsline Runciman Funeral Home in Williamston, Michigan. From his roots on the farm, animals have always been held in the highest regard by him. He adopted all of his cats at the Capital Area Humane Society, including Rascal and Samantha who miss him dearly. In lieu of flowers please donate to the Capital Area Humane Society in his name at- www.cahs-lansing.org/support/donate OR MSU Community Music School New Horizons Bands at www.cms.msu.edu>Give>CMS-East Lansing>CMS New Horizons Band>”In Memory” of Ted Thompson A Visitation will be held on October 6, 2022 at Gorsline Runciman Funeral Homes - Williamston Chapel, 205 East Middle Street, Williamston MI 48895 from 3:00PM - 7:00PM. The family would love you to share fond memories, photos and expressions of sympathy that will be archived on this site and available at this site anytime. You can do this by adding a memory below.
See more See Less

In Memory Of Ted Leroy Thompson