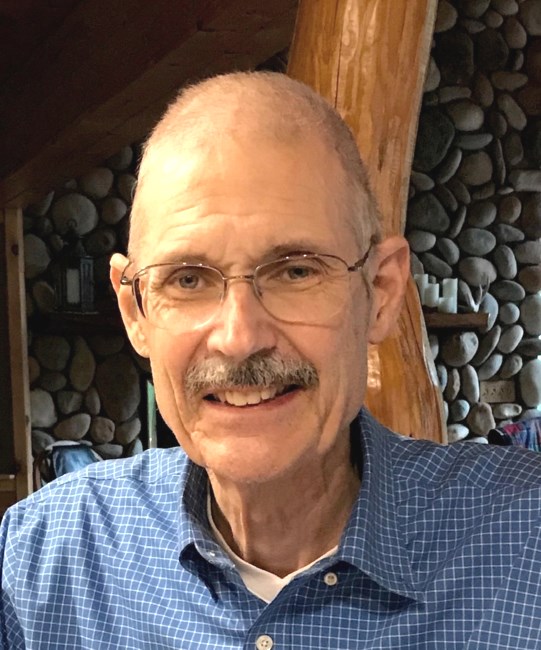 William F. "Bill" Porter, 69, of Williamston, MI, passed away on October 23, 2020 in the loving care of De Ann, his wife of 47 years. He is survived by his mother Barbara Porter Gray of Iowa, sisters Shasha and Dede, sons Brad (Kristine) and Ben (Lea Weems), and four wonderful grandchildren: Belle, Zeke, Kirsten and June. He was predeceased by his father, Darrel Porter. Bill held a distinguished academic career in wildlife conservation and became the first Boone and Crocket Professor of Wildlife Conservation at Michigan State University in 2010. He built a thriving graduate program at Michigan State, leading the Quantitative Wildlife Center, following 30 years as a professor at SUNY College of Environmental Science and Forestry in Syracuse, NY. Bill's research spanned from songbirds to moose, focusing on the challenging issues of the day. These included chronic wasting disease and tracking endangered species, such as wolves and lynx. As a graduate student, his research was pivotal in restoring wild turkeys to the Upper Midwest. The National Wild Turkey Federation recognized him with the Henry S. Mosby award; undergraduates honored him with a Distinguished Teacher Award. Bill received his B.S. at the University of Northern Iowa and his M.S. and Ph.D. from the University of Minnesota. Summers he worked at nature interpretive centers, developing a knack for explaining science to the public. While a professor at SUNY-ESF, he directed the Adirondack Ecological Center in the Huntington Wildlife Forest, raising funds for new buildings and restoring Huntington Lodge, one of the great camps of the Adirondacks. He persuaded the state of New York to invest in a multi-million dollar interpretive center in Newcomb, NY, adjacent to the Huntington Wildlife Forest, which continues to greet thousands of visitors each year. Bill had an idyllic childhood in Cedar Falls, IA. With his friends, he built tree forts, camped, fished, and rafted along the Cedar River. He had the opportunity to join the family business, Porter's Camera Store, but decided at an early age to be a professor. His first major purchase in life was a camera, which he mounted on a gun stock with a long telephoto lens; he loved the challenge of hunting a great photograph. He adventured in Alaska in his canoe and later spent five weeks learning survival skills from NOLS. Bill met and married his soul mate, De Ann, a fellow student at the University of Northern Iowa. They raised two sons in rural Skaneateles, NY. Always a do-it-yourselfer, Bill split his own wood, completed major home improvement projects, and maintained an enviable yard. He was a pillar of the Borodino United Methodist Church, volunteering in almost every capacity. When he and De Ann relocated to Michigan, they bought a log home with a pond in an oak forest. Bill delighted in seeing the many songbirds, deer, turkeys, and sandhill cranes. Never one for city life, he and De Ann visited 30 national parks, all 50 states, and five continents to see and photograph wildlife. Bill poured his heart and soul into mentoring over 70 graduate students. He believed in formality and strong communication skills, and one of his sayings was, "over-promise and over-deliver." He himself went above and beyond for his students, never forgetting special occasions and earning a reputation for homemade birthday cakes. He was proud to help place his students into top conservation jobs around the country. In numerous letters received by the family, his former students remembered him as a kind, encouraging friend and an iconic mentor. Bill took great pride in his sons' successes. His elder son Brad attended MIT, helped found a successful startup company, and rose to become head of robotics at Amazon. His younger son Ben attended Princeton and became an Associate Dean at Northwestern University. Bill adored his grandchildren, taking them on nature walks, historic train rides, and visits to museums in Chicago. In his free time, Bill read books on leadership and American history; he especially admired Theodore Roosevelt, who established the national parks. He watched college and professional football and generally rooted for the Minnesota Vikings, the underdog, or just "a good game." He enjoyed watching Star Trek in all its many forms. When diagnosed with bile duct cancer in 2019, Bill sought out care from Mayo Clinic where an experimental surgery extended his life by over a year. With that time, he took a trip with De Ann to Death Valley National Park, finished a tree fort with his grandchildren, and helped three final grad students complete their PhDs. He always retained his lifelong optimism, but he also left no item unchecked on his to-do list. He wrote down many of his memoirs of a life spent outdoors, including one titled, "Lost in Alaska." Bill's family is planning a celebration of life at a future date. Several memorial gifts are being planned; please contact the family for suggestions or make a gift to the organization of your choice in Bill's memory.
See more See Less