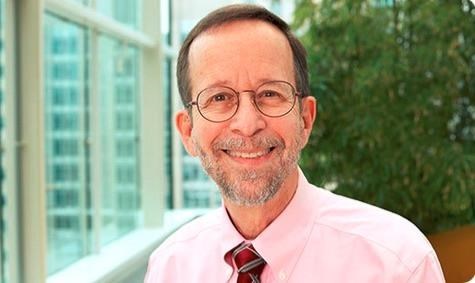 Dr. H. William “Bill” Schnaper On Thursday, November 19, Dr. H. William “Bill’ Schnaper, loving husband, father and grandfather, passed away at the age of 70. He touched the lives of many through his roles as husband, father, grandfather, doctor, mentor and researcher. Bill was born in Baltimore, Maryland on March 16, 1950. He was a graduate of the Baltimore Polytechnic Institute, and received a B.A. from Yale University and his M.D. from the University of Maryland. He served as Resident and Chief Resident in Pediatrics at the Mount Sinai Hospital in New York. After two years in the National Health Service Corps, he completed a fellowship in Pediatric Nephrology at St. Louis Children's Hospital/Washington University, then joined the Faculty there. He was a member of the Nephrology Department at Children’s National in DC and served at the National Institutes of Health for four years, and later joined the Northwestern Faculty, Lurie Children’s Hospital, in Pediatrics in 1994. He was committed to his calling, and was known by his colleagues and patients as the model of compassion and humanity, always going above and beyond for his patients, their families, his research and those he mentored. His dedication to his career, the field of Pediatric Nephrology and his patients was transcendent. As the Irene Heinz Given and John LaPorte Given Research Professor in Pediatrics, at the Northwestern University Feinberg School of Medicine and Vice Chairman of Pediatrics at Lurie Children’s Hospital, Bill assumed numerous leadership responsibilities including director of more than eight mentorship programs. He was dedicated to medical research, and made seminal scientific contributions to the study of glomerular diseases in children and adults. Bill served and chaired over 23 NIH and other scientific organization grant reviews committees. He could often be found holed up in his home office “working on a grant.” He was President of the American Society for Pediatric Nephrology (ASPN), and Scientific Chair of the International Pediatric Nephrology Association (IPNA) 15th Congress. He received the ASPN Founder’s Award in 2018 for lifetime achievement and contributions to the field of Pediatric Nephrology. In 1977, Bill married the love of his life, Maria. He was steadfastly dedicated to family, especially his children and grandchildren. He spent countless hours coaching soccer teams, and mentoring his children’s science projects. Bill had a passion for music. While he never realized his lifelong dream of his family following in the footsteps of the Von Trapps, he played violin, bass guitar and guitar, and toured the college circuit with his band at Yale University, US-1 East. In later years, he played bass for another band, Suburban Legend. In addition, he participated in his Synagogue choir and performed locally in a Klezmer band. He attended the opera and symphony any chance he could get. Bill will be remembered for his offbeat sense of humor, his kindness and modesty, his love of kayaking and birdwatching, sharing news articles, and cheering for the Chicago Bears. He fulfilled his goal of running the Chicago Marathon in 2000. Bill is survived by his wife, Maria, and his children, Adrienne (Kevin McGarr), Michael (Maureen) and Owen (Emily). The true lights of his life were his seven grandchildren Braden, Izzy, Payton, Conor, Ellie, Leah and Tommy. He is also survived by his sister, Lauren (Jim Carlton) and brother-in-law, Vincent O’Neill. Bill worked hard, played hard and laughed a lot with the family. In lieu of flowers, donations may be made to the ASPN’s H. William Schnaper Honorary Lecture: https://www.aspneph.org/aspn-foundation/donate/. Due to COVID-19 restrictions, a private graveside service will be held. The service will be live streamed on Tuesday, December 1, at 10 am CST, on Weinstein & Piser Funeral Home Facebook page. Info: 847-256-5700.
See more See Less

In Memory Of H. William Schnaper