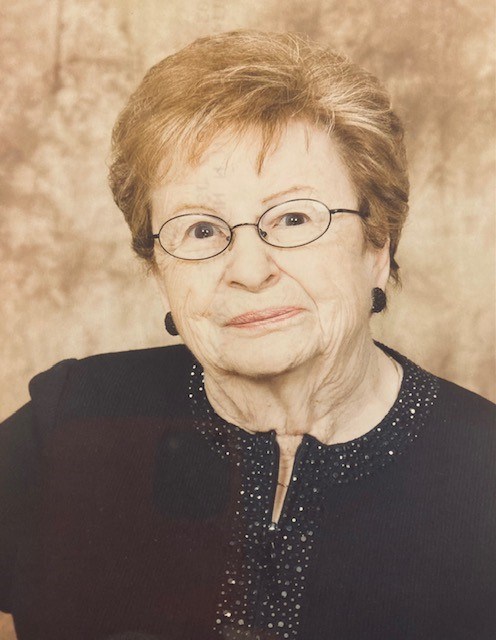 We are sad to inform you of the peaceful passing of Lore Goldsmith, July 31, at the age of 99. Mom was born Lore Strauss in Frankfurt, Germany. She and her parents escaped the Holocaust in 1939 on what was to be the last German boat to leave Germany before the war began. They settled in Chicago. There she met and fell in love with Harry Goldsmith, who had also emigrated from Frankfurt. They were married on July 21, 1946, after his return from WWII. Mom was determined to pursue her desire to work in the medical field, and while she could not fulfill her childhood dream of being a surgeon, she did take evening courses at the U. of Chicago after working in a factory during the day. She became a lab technician and was rightly proud of the high regard in which she was held by patients and co-workers. A commitment to education was a lifelong value. After Harry's untimely death in 1990, Mom lived on her own, making an independent life for herself with interests such as playing bridge, taking community college courses, and being a devoted, ever-present grandparent. She was widely known as the sweet, gentle, and kind lady who was beloved by all. As Mom slowed down with age and medical concerns, we secured full-time caregivers - Reggie and Gloria - who have cared for her tenderly until this day. Mom was fortunate to have passed away in the same apartment where she spent the last 54 years. Shirley was with her. We are very grateful. Lore Goldsmith was the devoted mother of Shirley (Lee) Simon, doting Grandma of Rob (Robin) Simon and Jonathan Simon, loving aunt of Janet Susskind, Joanne (Cyril) Braun, the late Alan Susskind, Barbara (Betty Lou Moglen) Goldsmith, Cynthia (Jerry) Nelson, Sue (Bruce) Carnegie, and great aunt to many. A graveside service will be held on 2:00 p.m., Tuesday, August 2, 2022 at Jewish Oak Ridge Cemetery 4301 Roosevelt Road, Hillside, IL 60162. The services will be live streamed on the Weinstein and Piser Funeral web site (www.weinsteinandpiserfuneralhome.com). Please scroll below to view shivah information. Memorial contributions to American Cancer Society (www.cancer.org) or Illinois Holocaust Museum (www.ilholocaustmuseum.org) appreciated. The family kindly requests that all attendees wear masks and practice social distancing.
See more See Less

In Memory Of Lore Goldsmith