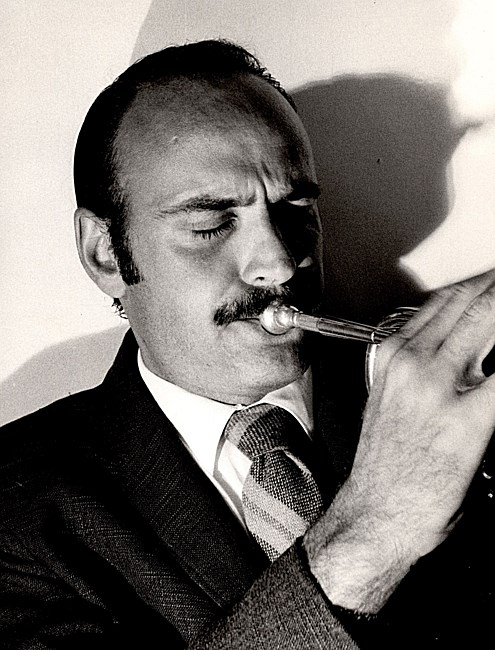 Theodore Butterman, age 87, of Arlington Hts, Illinois passed away on Wednesday, August 31, 2022. Theodore was born January 26, 1935. Beloved brother of Inez Levy and Lewis Butterman, and fond uncle to many nephews and nieces, Ted was a renowned jazz, swing and Dixieland Trumpet player for more than half a century. He was best known for leading the Chicago Cubs Dixieland jazz band since 1982. About playing at Wrigley Field, Ted said "I just love being out there. I love playing for the crowds. As long as they want us, as long as they feel there's a place for us, we'll be here." In the late 1950s,Ted made a strong impression on the jazz revival scene in the San Francisco Bay Area. An excellent horn player, he was noted for his remarkable ability to “trade fours” with other musicians. Ted’s Neo Passe Swing Quintet, dating back to 1966, had Ted switching to guitar and enjoying a long residency at The Village Tavern in Long Grove. As leader of the Gold Coast Jazz Band, Ted and band often played at the now-departed folk-music club, “Gate of Horn,” on Dearborn Street in Chicago, and toured with the renowned comedian Phyllis Diller. When asked if he took requests, Ted would reply that he could play any song ever written, except one. A funeral service for Theodore will be held Tuesday, September 6, 2022 from 10:00 AM at Weinstein & Piser Funeral Home, 111 Skokie Blvd, Wilmette, IL 60091. Following the funeral service will be a burial at Waldheim Cemetery, Gate 48 1400 Des Plaines Ave.,, Forest Park, IL 60130. Fond memories and expressions of sympathy may be shared at www.weinsteinfuneralhomes.com for the Butterman family.
See more See Less

In Memory Of Theodore Butterman