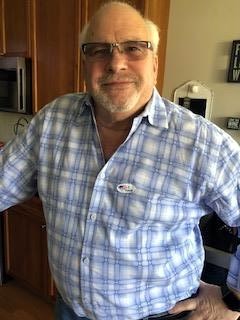 Francis T. Fox, age 71, of Wilmington, North Carolina passed away on Tuesday, September 20, 2022. He was born on August 18, 1951 in New Haven, CT to Frank and Irene Comeau. He is preceded in death by his parents, Frank and Irene Comeau and sister, Denise Mirto. He enjoyed making pottery, golfing, football, the beach, fancy dinners, being with friends, pranks, building things, iron work and World War II History. He is survived by his daughters; Alicia Comeau of Wilmington, NC and Samantha Fox of Richmond, VT; son, Cameron Fox of Waterbury,VT; sister; Cathy(David) Higgins of Altamonte Springs,FL; sister, Patty (Kobe) Kelley of Leland, NC; brother, Mark Comeau of New Haven, CT; sister, Mary (Milton) Petrou of Chester, SC; brother, Greg Comeau of Orange, CT; sister, Carrie (Jeff) Piazza of Denver,NC; brother, PJ(Yayoi) of Shoreline, WA. Further survived by 17 nieces and nephews. A Celebration of Life Service will be held at a later date. Fond memories and expressions of sympathy may be shared at www.CobleGreenlawn.com for the Fox family.
See more See Less

In Memory Of Francis Terrence Fox