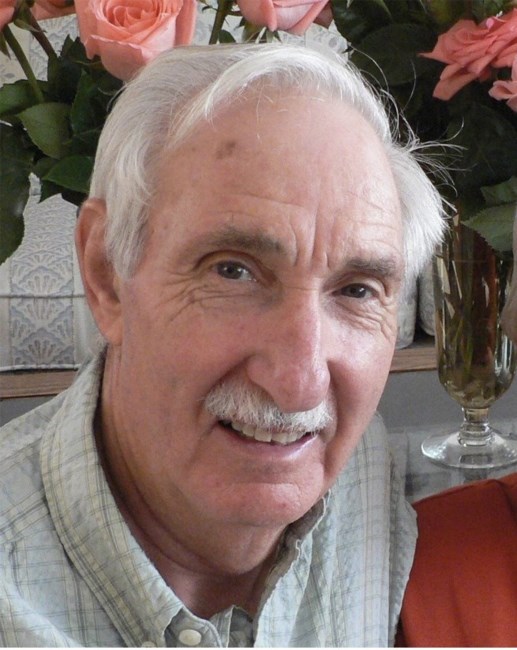 Remembered With Love It is with great sadness that we announce the passing of our husband, father, and grandfather, Jack Cahoon, on April 28, 2022, in Winnipeg, Manitoba, at the age of 82. Jack leaves behind his loving wife of 56 years, Pat; son, Michael (Catherine); daughters, Joanne (Connie) and Barbara (Scott); and seven grandchildren, Alex, John, Brendan, Myles, Kate, Jack, and Drew. He was predeceased by his parents (Thomas and Gladys) and his brother (Tom). Jack was born on August 29, 1939, in Calgary, Alberta, where he attended school and excelled academically. He developed a passion for metallurgy and earned a Ph.D. in Mechanical Engineering from the University of Alberta. In 1968, Jack accepted a position teaching Mechanical Engineering at the University of Manitoba where he had a long and successful career culminating with the honour of being awarded Professor Emeritus. Jack loved teaching, learning, and research and had a lasting impact on many of his students and colleagues. Highlights of his time at the University of Manitoba include being named a Fellow of ASM (American Society for Metals) International; serving as Head of the Department of Mechanical Engineering; conducting experiments on metals at zero gravity on the KC-135 (a.k.a., “the vomit comet”) at the Johnson Space Center; examining failed hip implants; and much to the delight of his children’s friends, testing the plasticity of condoms. Jack had a very adventurous spirit and was always up for a new challenge. He loved curling, golfing, fishing, camping, building and flying model airplanes, rollerblading, riding his bike, making wine, playing hockey (which he did well into his seventies), and coaching his children’s various teams. Jack earned his pilot’s license in 1991, and one of his greatest passions was flying. Jack loved telling stories and could always be counted on for a good (or not so good) joke. Jack also loved spending time with his grandchildren, and they loved nothing more than hanging out at Grandma Pat and Grandpa Jack’s house. Jack leaves a wonderful legacy and countless memories. He will be greatly missed and fondly remembered. The family would like to extend its gratitude to the staff at St. Joseph’s Residence and St. Norbert Personal Care Home for the wonderful care that Jack received. A memorial service will take place on Saturday, May 14 at 2:00 p.m. at Trinity United Church (933 Summerside Ave., Winnipeg, MB). Masks are required. A recording of the service will be posted on the Trinity United Church website at https://trinityunitedwinnipeg.com/ If so desired, donations in Jack’s memory may be made to Parkinson Canada. Condolences may be left at www.thomsoninthepark.com
See more See Less

In Memory Of John Raymond Cahoon